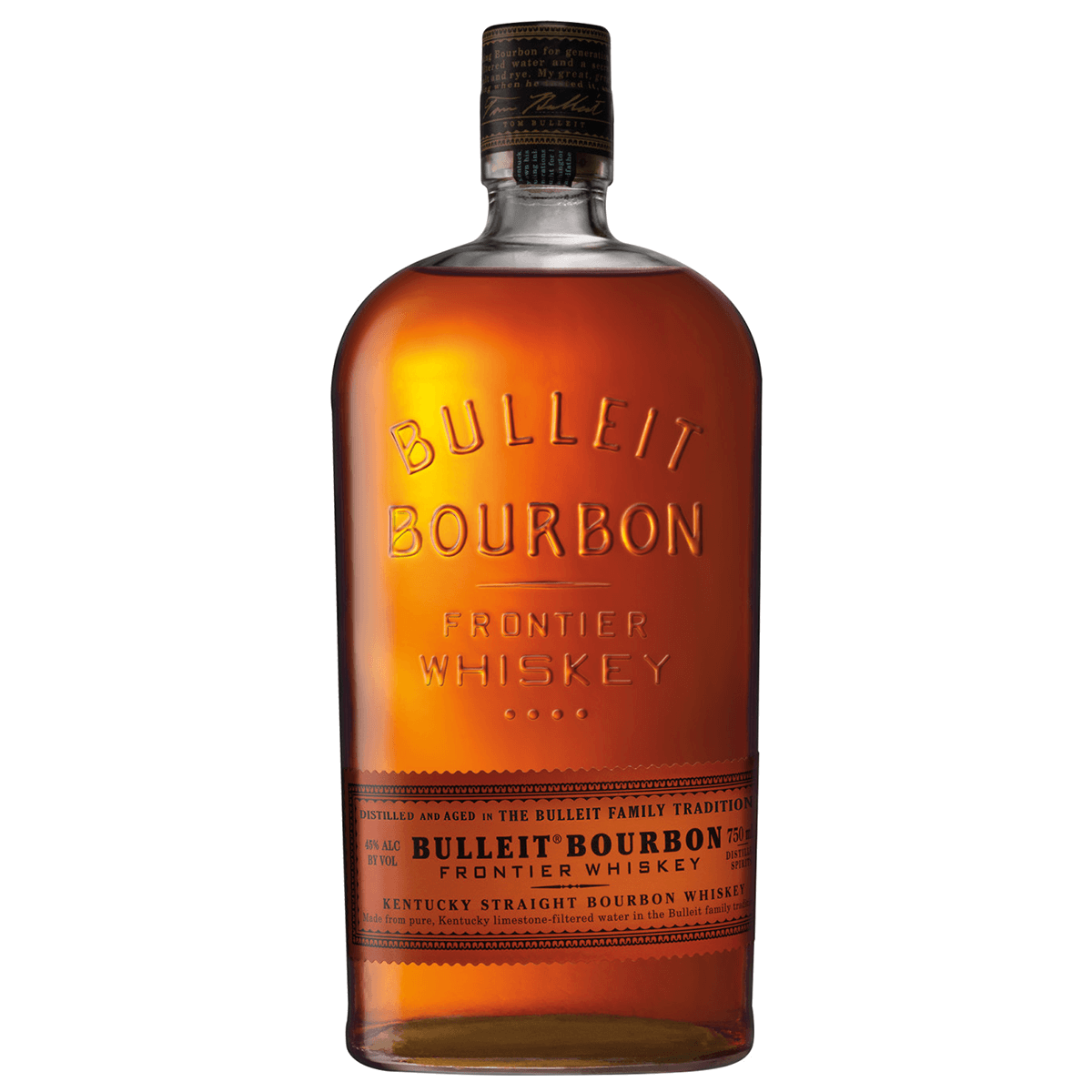 Bulleit Bourbon is inspired by a whiskey that was created over 150 years ago by August Bulleit. Only the highest quality ingredients are used. Bulleit Bourbon’s complexity comes from its unique blend of rye, corn and barley malt, as well as specialty yeast varieties and pure Kentucky filtered water. Thanks to its particularly high rye content, Bulleit Bourbon has a bright and spicy character with a distinctly clean and smooth finish. Medium amber in color, with a delicate aroma of spices and sweet oak, the heart notes are smooth with shades of maple, oak and nutmeg. The finish is long, dry and satiny, with a slight aftertaste of iris that lasts a long time after the last sip. Just mix our bourbon whiskey with cloves, lemon juice, brown sugar and hot water for a soothing hot toddy. Bourbon Bulleit is still distilled and aged according to the tradition of the Bulleit family. The high rye content gives it a bold and spicy character with a distinctly smooth and clean finish. Kentucky limestone filtered water creates the foundation for the bourbon’s character, while charred American oak barrels lend a smoky base. Please drink responsibly.