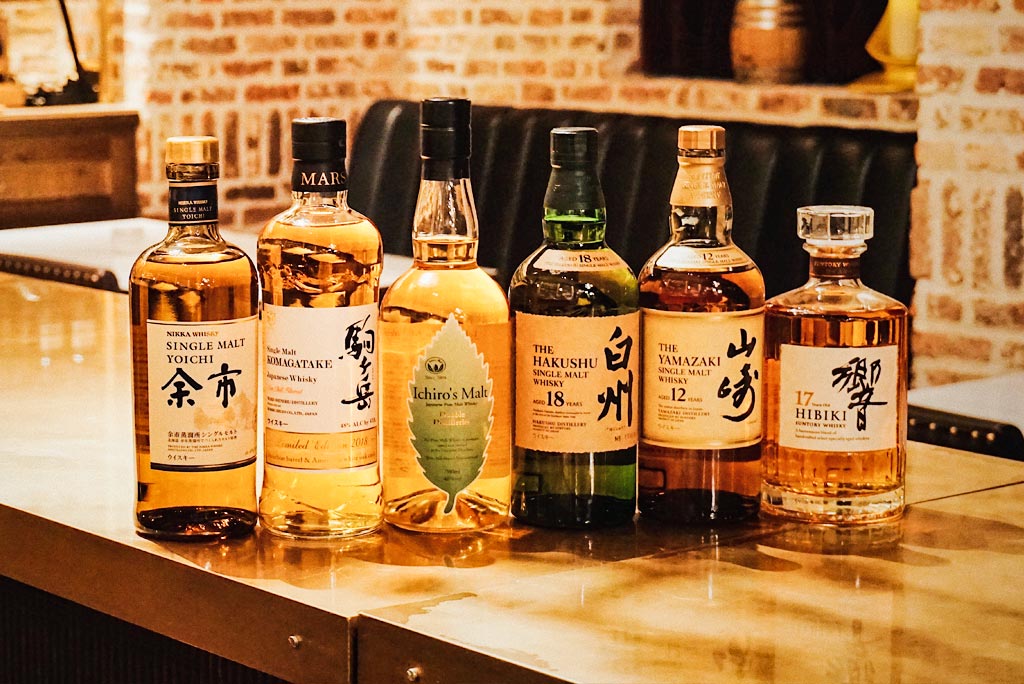 Japanese Whiskey (spelled whisky without an “e”) is a style of whiskey developed in Japan. Whiskey production in Japan began around 1870, but the first industrial production began in 1924 when the country’s first distillery, Yamazaki, was opened. Generally speaking, the style of Japanese whiskey is more like that of Scotch whiskey than other major whiskey styles.

There are several whiskey producing companies in Japan, but the most famous and widely available are Suntory and Nikka. Both companies produce both blended malt and single malt as well as blended malt whiskey, with Suntory kakubin (角瓶, square bottle) and Black Nikka Clear being the leading producers of blended whiskey. There are also many special bottles and limited editions. We find them between Lowland and Spaceside in great style. Tender and perfumed with honey candy. Some people regularly hear them described as soft, but that makes them unfair. Light notes of sherry and floral, sometimes sawn to a smoky, almost Islamic style.

As for what makes Japanese whiskey so special, there are several key factors. “Water, weather and people.” Water in Japan is very clean as the snow melts mainly from Mount Fuji, depending on the distillery, and the weather in Japan is warmer in summer than in Scotland, which creates different taste profiles for whiskey. Finally, people – many people are very proud to have dedicated their entire career to the art of making the perfect whiskey.

No visit to Japanese distilleries will be complete without a stop at Suntori Yamazaki Distillery. Founded in 1923 by Shinjiro Tori, the godfather of Japanese whiskey, Yamazaki is the oldest Japanese distillery. It is situated in Honshu, between the cities of Osaka and Kyoto, at the foot of Mount Tennosan.

Tours to the distillery can be crowded, so it is wise to book as early as possible. In addition to tasting and discovering the production, visitors can visit the Yamazaki whiskey Library, where over 7,000 bottles of whiskey are collected.

After the closure of the famous Hanyu distillery in 2000, Ichiro Akuto, grandson of the original owner, bought the remaining barrels and continued the legacy of his family, establishing a distillery in Cichibu in 2007. Akuto is now well known throughout the Japanese whiskey market, as the Cichibu distillery, although relatively small, has the reputation of being an experimental distillery that has won admirers around the world.

Cichibu is located in Saitama Mountain Province, about two hours from Tokyo and although the distillery itself does not operate during the official “working hours” of visitors, it is possible to arrange a telephone visit in advance. During your stay in Chichibu, check out the Mizunara oak sinks and the copper frames at the distillery and be sure to try Ichiro malt varieties (among many others). 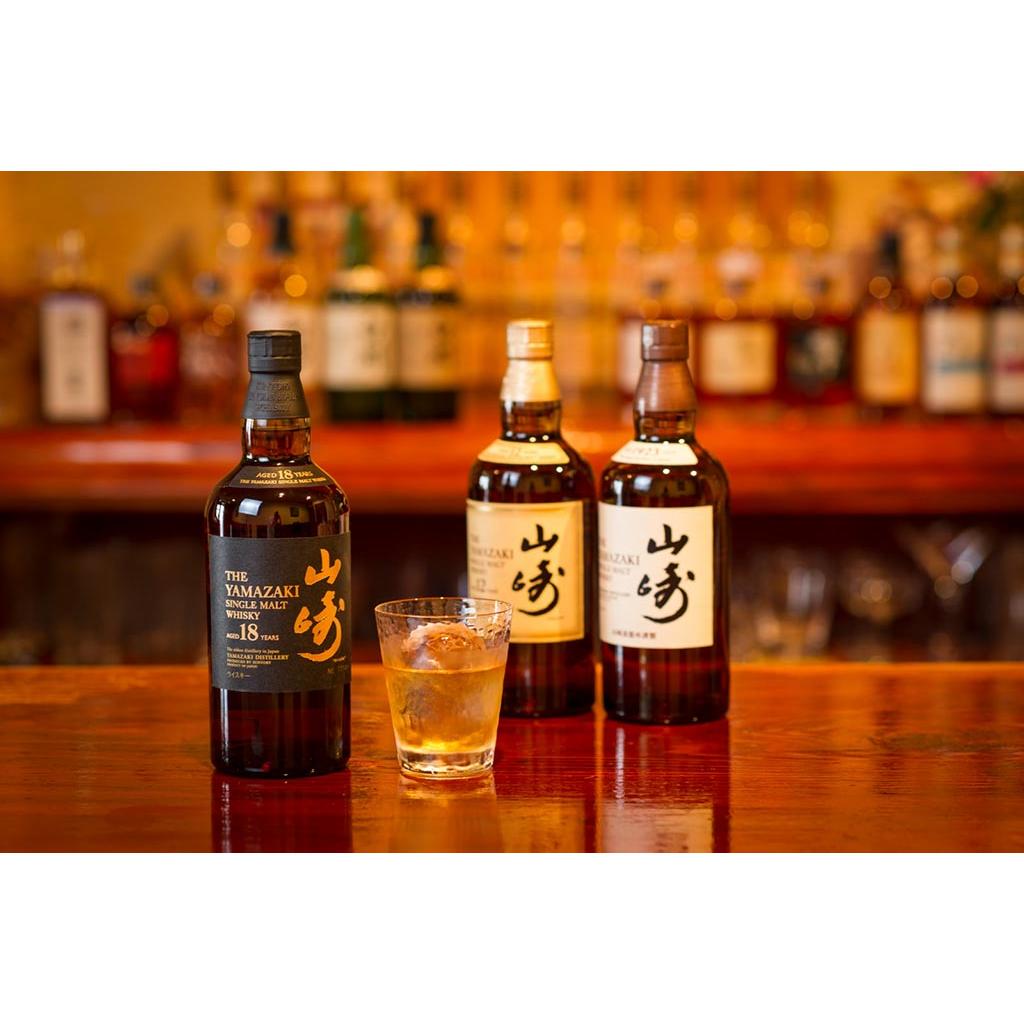 The distillation process uses melted snow from the surrounding Alps to create a sweet, smoky whiskey flavour. Although there are no English-speaking visits to these facilities, Western visitors are offered headphone visits. whiskey lovers should look to Hakushu for 12 year olds, but the tours offer an unforgettable tasting experience. Keep in mind that this popular whiskey distillery can be fully booked, so booking is highly recommended.

In the shadow of Mount Fuji, the most famous peak in Japan, is the Fuji Gotemba distillery, which is in fact the largest distillery in the world.

Located in a region with a climate very similar to Scotland, the Fuji Gotemba Distillery covers an area of 1.7 million square feet and produces 12 million litres of whiskey per year. The distillery area is so large that it includes its own bottling plant and cooperage production.

Visits to the Fuji Gotemba distillery show the extensive production capacity and include intimate tasting and bottling of whiskey with samples of the famous Kirin 25 and 17 fine malt grains.

Golf enthusiasts have an additional reason to enjoy visiting Fuji Gotemba as the distillery is located next to five picturesque golf clubs. Other attractions include the Yama Temple, the beautiful Hakone area (home to many wonderful riokans) and – if you are lucky with the clear conditions – stunning views of Mount Fuji.

The cold northern island of Hokkaido, west of the city of Sapporo, is home to the Yoichi distillery. They produce distinctive peat whiskey, which is very popular in Japan and around the world.

Yoichi distillery is owned by the famous Nikka Company and was founded by another godfather of Japanese whiskey, Masataka Takesuru, who also helped establish Yamazaki Distillery. Often covered in snow in winter, or surrounded by floral colours in spring, visits to the Yoichi shop window, which in many cases have remained the same since its foundation in 1934 and are still used today.

The tours are not in English, but headphones are available for language needs. The tours introduce visitors to the tradition of whiskey production in Yoichi and end in a museum that tells the story of Nikki and Teketsuru. Examples include Pure Malt, 17 and 21, and Pure Malt, black.

Located in Nagano Prefecture, between the southern and central alpine ranges, Hombo Shuzo Distillery – at 798 meters above sea level – is the highest in Japan. The charming little Hombu Shuzo distillery, which employs only a handful of distilleries, is known as the “Mars Shinshu Distillery” in a conversation after having marked it as “Mars whiskey”.

The cooler alpine climate is ideal for distillation. Mars varieties are fed by the melting snow of the nearby mountains to create a balanced, smooth and elegant whiskey. At Hombo Shuzo there are 30 minute visits to the production hall, during which visitors can visit the warehouse and the dead stock, and even taste some of the whiskey. Among the favorite dramas are “Mars Maltazh 28”, “Mars Komagatake” and “Happy Cat”. 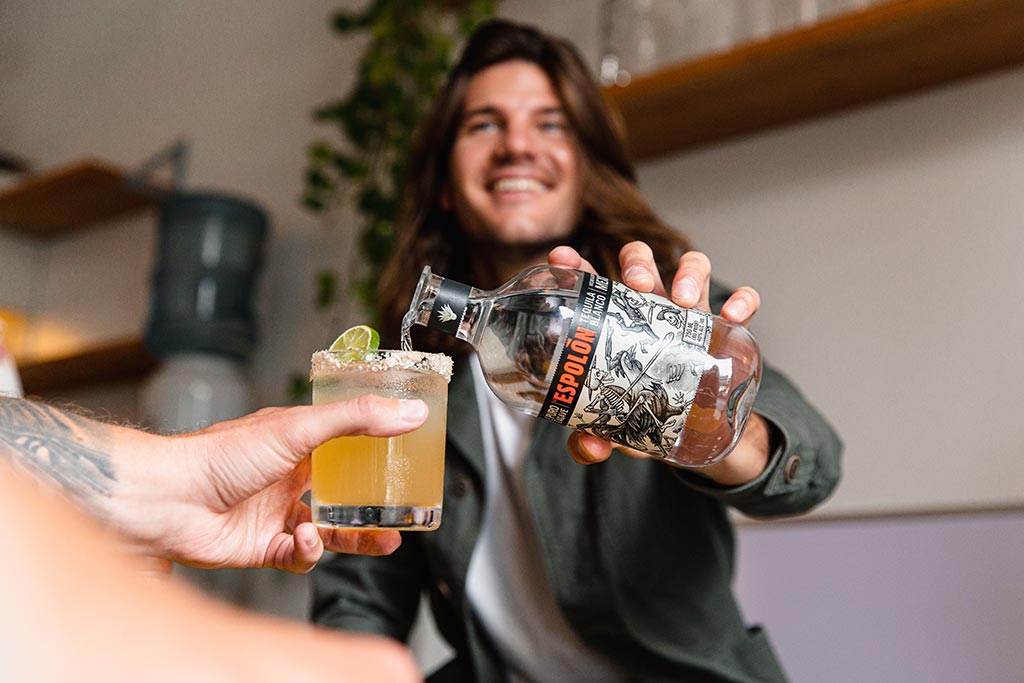