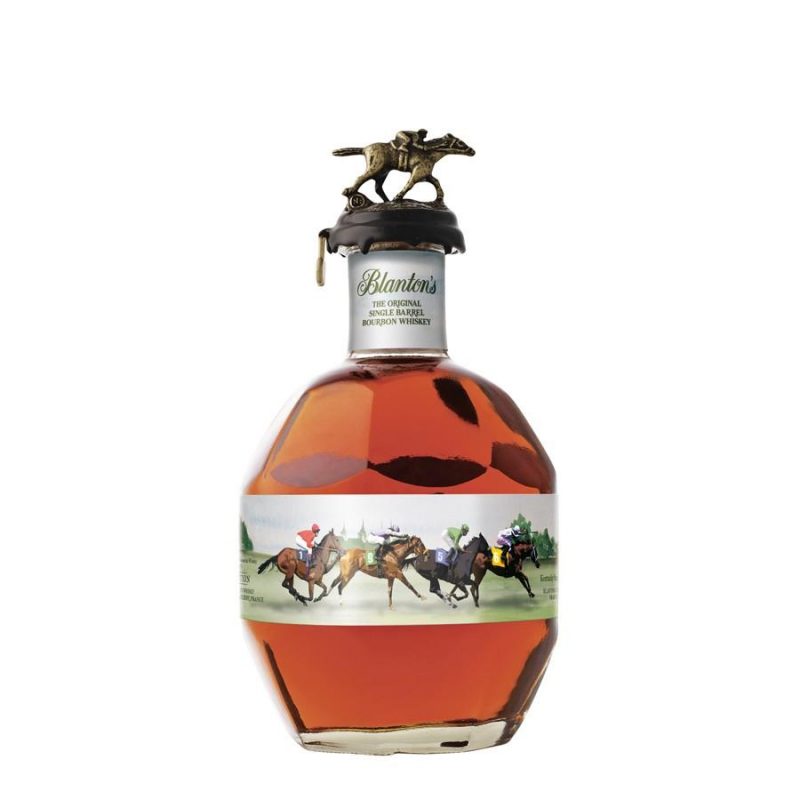 About the Producer: Blanton's

Blanton's is a highly acclaimed brand of whiskey produced at the Buffalo Trace Distillery in Frankfurt, Kentucky. It was released in 1984 by master distiller Elmer T. Lee as the first modern single-layer bourbon. Its name is a tribute to Colonel Albert B. Blanton, who joined the company in 1897 at age 16 and became president of the company. Its main product is the Bourbon Original Single Barrel, bottled with 46.5º of alcohol content. It is recommended to drink it straight or on ice. Typically, this drink is aged for eight or nine years and has its own warehouse in Buffalo Trace. This is the only metal-finished warehouse on the premises, which provides greater heat transfer, so whiskey matures faster than brick-built warehouses. (© Copyright, Wine-Searcher.com) Blanton Gold Edition is bottled at 51.5 percent ABV, while the expression "Straight From the Barrel" is barrel strength (strength varies by edition) and unfiltered. Both should be drunk straight or with a little water. Blanton's Special Reserve is bottled for select international markets, but not sold in the United States. Its lower strength (40% strength) makes it more suitable for cocktails. Blanton's signature style is finished off with the addition of stewed fruit, caramel, toffee and spices that vary slightly with expression. The bottles have eight different cap designs, featuring a horse and jockey in poses representing the stages of the race, from the starting gate to the finish of victory.

Be the first to review “Blantons Bourbon 750ml” Cancel reply
Get this product Pickup available at 5790 Broadway, Bronx, NY 10463
Get this item delivered via FedEx. Learn more.