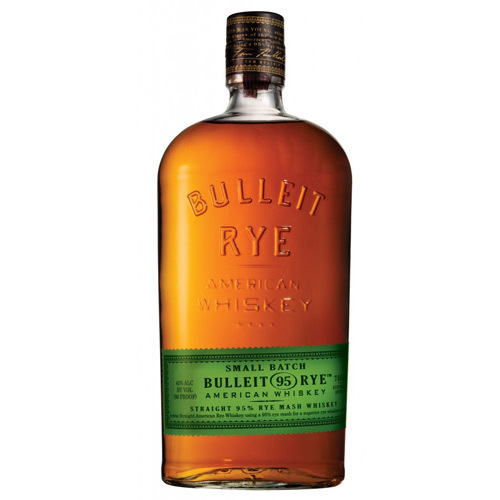 Enjoy the bright and spicy character of Bulleit 95 rye whiskey. With its reddish brown color and oak aroma, our natural flavored rye whiskey makes a good first impression before it’s even opened. The flavor profile of our rye whiskey allows you to enjoy a distinctly clear finish that lasts long after the last sip. Just mix our rye whiskey with sweet vermouth, some bitters and cherries for a classic Manhattan cocktail. Bourbon Bulleit is still distilled and aged according to the tradition of the Bulleit family. As Bulleit enthusiasts know, rye has always been our cornerstone. In this tradition, we are proud to present Bulleit 95 Rye Whisky: a pure rye whiskey made with 95% rye and 5% malted barley. It continues to be recognized as one of the best quality rye available on the market. Please drink responsibly.