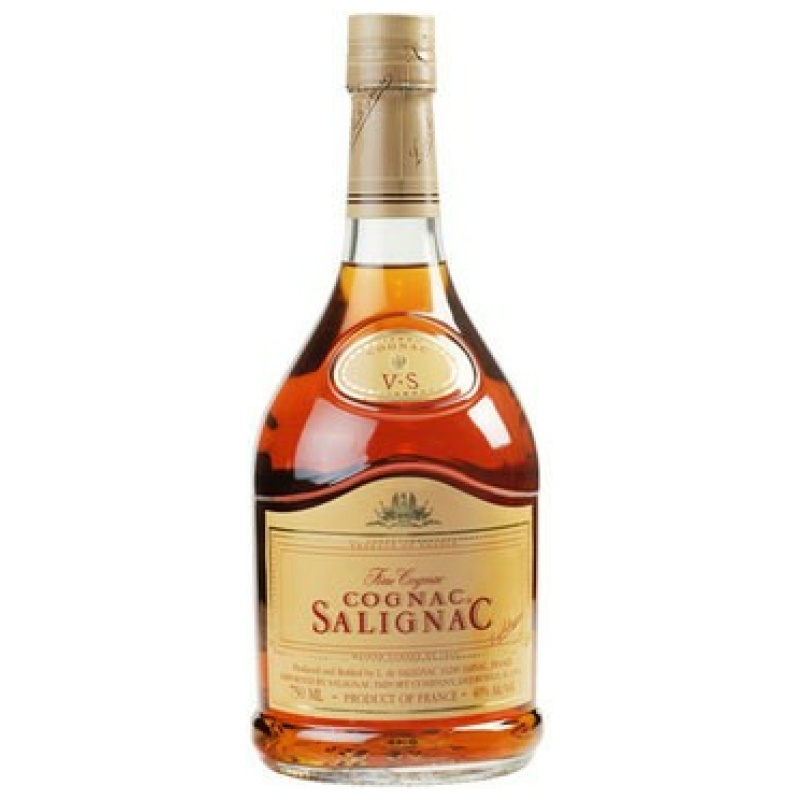 A unique mix of young cognacs blended before aging gives Salignag cognac a smooth and distinctive taste. Vanilla and caramel notes are soft, with a good mix of wood and mild spice. It’s best served straight up or with ice.

Courvoisier currently owns the Salignac Cognac brand, which enabled the company stay afloat throughout the global financial crisis before resuming development in 2010. Salignac Cognac is a younger and less costly alternative to the well-known Courvoisier brand. However, some very old Salignac cognacs from the mid-nineteenth century may be found for very expensive rates.

Salignac Cognac has a long history going back to 1763, when it was founded by Antoine de Salignac, a rural nobleman. Because of this great lengthy history, certain extremely ancient, very rare cognacs from the house of Salignac Cognac may still be found. Naturally, they are expensive and sought-after cognacs, with prices often exceeding four figures. Cognac Salignac is now held by one of the world’s largest cognac companies, Cognac Courvoisier, which is owned by Beam Global. Cognacs made under the Cognac Salignac label are often extremely young, with VS ratings ranging from 2,5 to 3 years of age.

During the global financial crisis, many cognac lovers sought for cheaper alternatives while still wanting to enjoy their brandy, and Courvoisier’s acquisition of the Cognac Salignac brand proved to be a wise one. Indeed, despite a 12.4% decrease in cognac exports in 2009, Cognac Salignac sales were above 100,000 cases, accounting for 8% of all Courvoisier sales that year. Today, Cognac Salignac is popular in many nations, including the United States. Because it is a newer brand, many people choose to combine it with a mixer or use it as a cognac component in cocktails. Many individuals, however, like to drink it plain or on the rocks.