Get a bottle of White Zinfandel delivered direct to your door. Over 6,000 bottles available now. Discover our entire range.

Zinfandel was once known as the “mystery grape” of California because its origin was unknown. Everything changed in 2002 when DNA fingerprinting confirmed that the Italian Primitivo and Crljenak Kastelanski, an ancient Croatian variety, were genetically identical to Zinfandel grapes. The differences in vine strength and bunch size, however, distinguish Zinfandel from Italian and Croatian grapes, while cultivation, terroir and winemaking combine to give California Zinfandel its own unique flavour profile. On wine labels, US regulations require Zinfandel and Primitivo to be identified separately.

Studies show that the grapes used to produce California Zinfandel probably originate in Croatia. The name Zinfandel, however, is in fact American; the first documented use was registered in 1832 in Boston, where the kennel owner announced the sale of Zinfandel.

Zinfandel was introduced to California during the Golden Rush somewhere between 1852 and 1857. The variety thrived in the state’s climate and soil, and plantations increased. Today, Zinfandel is the third largest variety in California by area planted and the second largest, crushed by tons in 2018. It is grown in 44 of California’s 58 counties.

Common descriptors of Zinfandel include blackberry, raspberry, hawthorn, and cherry, as well as black pepper, cloves, aniseed, and vegetables. Although Zinfandel is a red grape, it is also used to make the pink rose wine called “White Zinfandel”.

What’s the difference between rosé and white zinfandel? 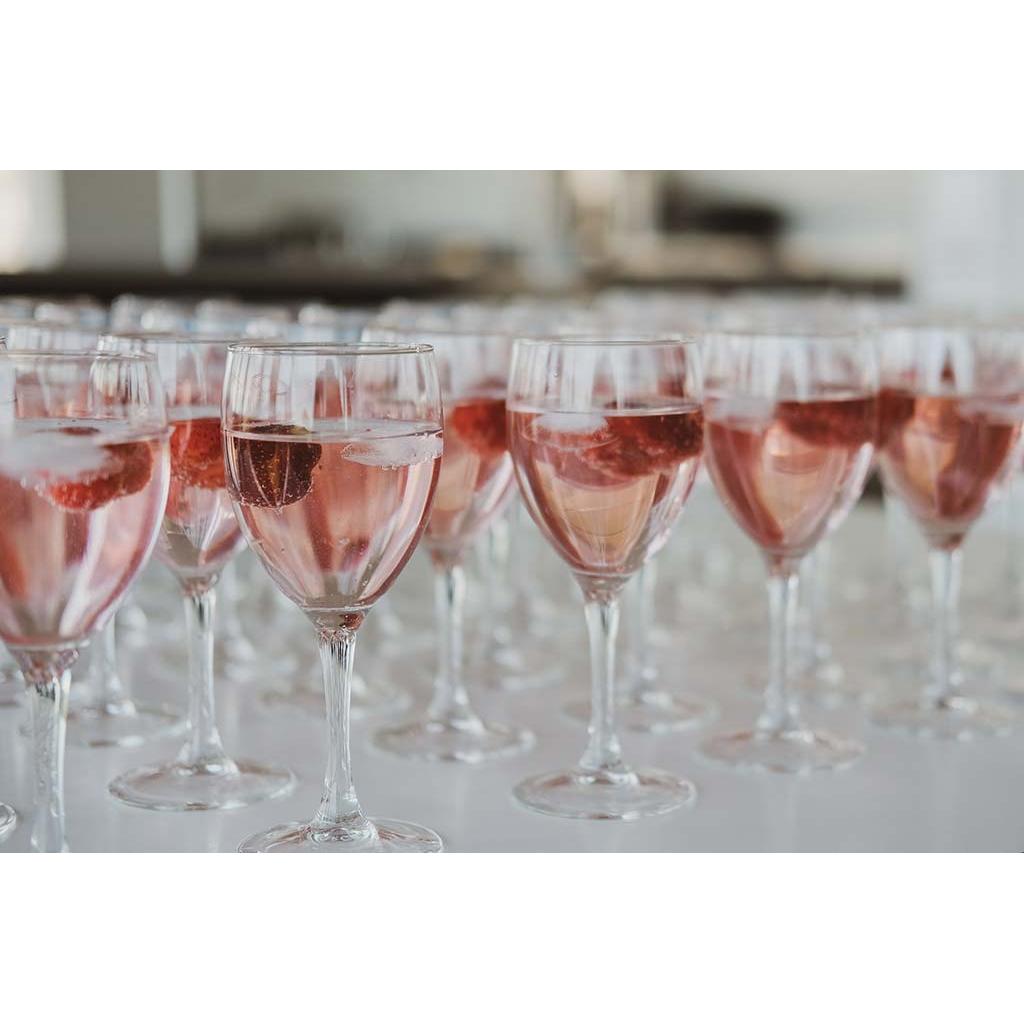 The white Zinfandel, often simply called “white Zin”, was created by happy coincidence. In 1972, Bob Trincero, co-owner and winemaker of Sutter Home Winery- experimented with the winery’s Zinfandel. He used a technique called saignée (a winemaking method that involves “bleeding” part of the red wine juice after contact with skin and seeds) in an attempt to enhance the colour, body and taste of the wine. The process worked, but left Trinchero with eleven barrels of white juice. He thought the resulting wine was hard, dry, coarse and similar to Chardonnay, but decided to bottle it anyway.

The experiment was not an initial success. But after some trial and error, in 1975 the white Zinfandel became a bestseller of Sutter Home wine. Until today, it is the only wine of the brand that is consistently sold every year. Once again, white Zinfandel is not a grape variety, but a method of processing Zinfandel grapes.

Although it is one of the most popular wines in the USA, many consider it unrefined. However, the reputation of white Zin is changing. Young winemakers depend on the taste of the wine to accept it, and white Zin, according to the Los Angeles Times, is born again.

Pink and white Zinfandel are produced using extremely similar methods. Winemaking is a complex art that requires much more explanation than it is practical to dive in here. For our purposes, it is enough to know that the rose is most often produced, allowing the red skin of the grapes to ferment with the wine for only a few hours. Many red wines, on the other hand, ferment in a few weeks. As the contact between the rose and the grape skins is shorter, the colour of the rose is lighter.

A rose can be made from any red grape, but the white Zin is made from – as you can guess – Zinfandel grapes. In terms of taste, white Zinfandel is generally sweeter, pinker and less complex than many varieties of roses. Roses can be dry or sweet. They can also vary in colour, from blush to bright red. 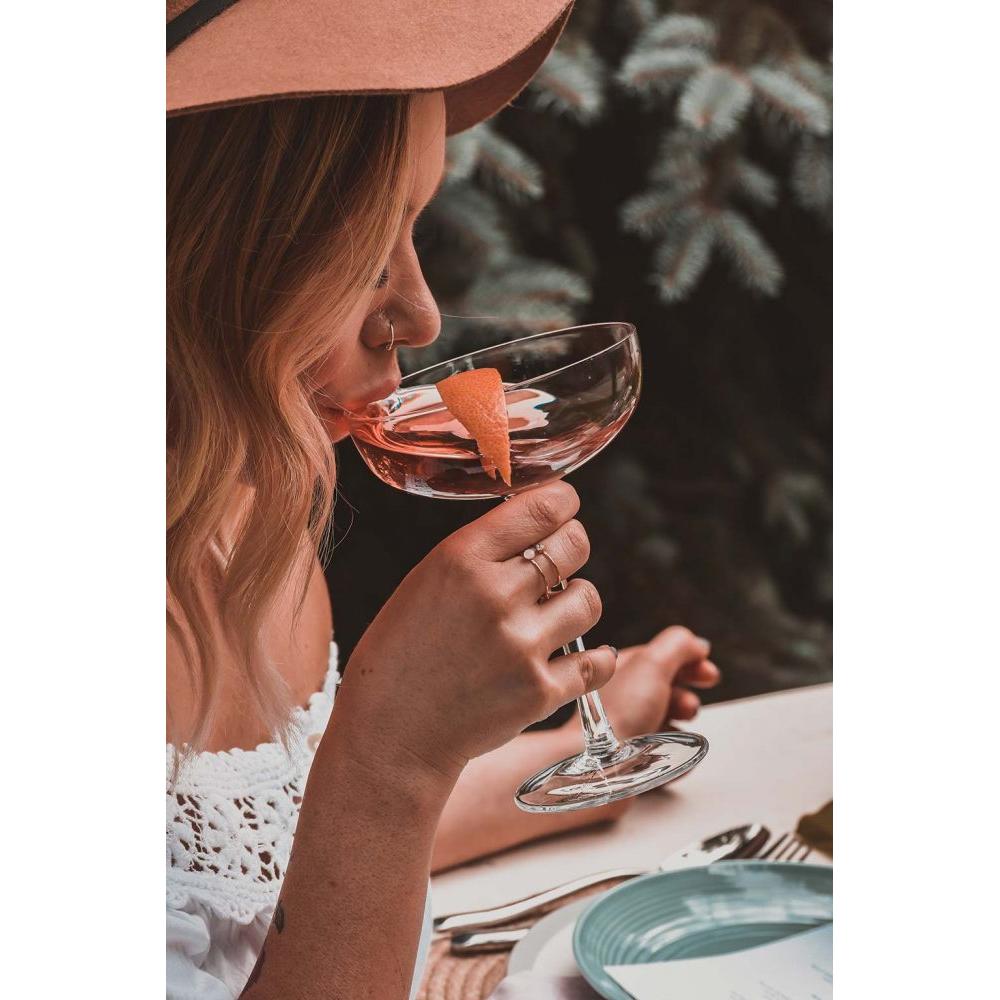 What food to pair with white zinfandel

White zinfandel is a fresh, crisp and fruity rouge wine that ranges from semi-dry to sweet. White zinfandel is made from the same grapes that were used to make the bold, red and classic zinfandel. The difference lies in the processing and fermentation. Before the fermentation process in a white zinfandel, the red skin of the grapes is removed, leaving only a pinch of red. The result is a sweet strawberry and melon wine. The white zinfandel should be served cold with light meat, hot sauces, cheeses and desserts.

A pair of white zinfandels with light snacks. White zinfandel is always served cold and is usually used as an aperitif before meals. Serve with cold meat, such as salami or thinly sliced pancetta, mild cheeses, salads and antipasto.

A pair of white zinfandels with light meat, including chicken, pork and lamb. The general rule with a pair of wines is white meat with white wines and red meat with red weeping. Like a sweet wine, white zinfandel is best combined with light flavors so it is not completely overflowing. White meat options include grilled chicken, pork chops, chicken kebabs, lamb gyros and pork or chicken sandwiches.

A pair of white zinfandels with seafood. Like white meat, white wines are generally combined with seafood, including any kind of fish, lobster, cockles, crab cakes, clams, fish and chips, as well as grilled or steamed shrimps.

A pair of white zinfandels with spicy international flavours, including Asian, Indian, Middle Eastern and Latin American cuisine. Although surprisingly crispy, sweet wines are the best couple for spicy and cultural food because sweetness helps to tone and cool the spicy flavors in the mouth. Serve white zinfandel with curry, Creole stew, spicy Mexican parsley, tandoori chicken, Thai and numerous other dishes. 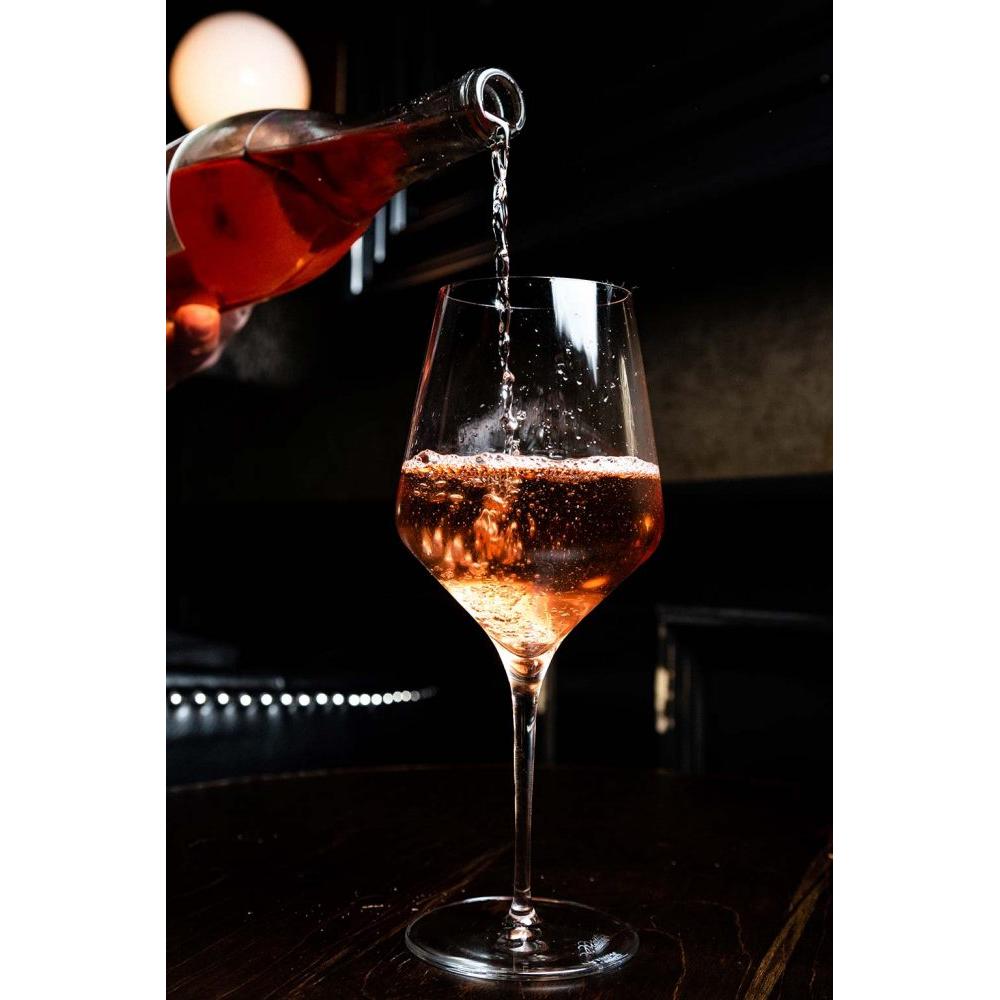 A couple of white zinfandels with fruit or cream desserts. The crispy, fruity flavours of the wine make it an ideal complement to fresh fruit, jams, cream, cheesecakes, puddings, crème brûlée and simple vanilla or lemon cakes and biscuits.

Zinfandel’s vineyards are quite energetic and grow best in a hot climate but not too hot, because the grapes can wither in hot weather. Zinfandel fine skinned grapes grow in large dense bunches, which sometimes tend to rot in clusters. The fruit ripens quite early and produces juice with a high sugar content. If weather conditions permit, grapes can be harvested late for dessert wine. Zinfandel is often appreciated for its ability to reflect both its terroir and the winemaker’s style and skill.

The grapes have an irregular ripening pattern: a bunch may contain raisins and overripe grapes, as well as green and immature grapes. Some winemakers prefer to vinify bunches with such varying degrees of ripeness, while others collect the bunches by hand, even from a single berry, in several passes through the vineyards within a few weeks. This meticulous practice is part of the high cost of some zinfandels.

Zinfandel red wines have been criticised for being too “hot” (too alcoholic), although modern winemaking techniques have helped make them more accessible. On the other hand, Zinfandel producers such as Joel Peterson of Ravenswood believe that alcohol removal technologies such as reverse osmosis and rotating cones remove the sensation of terroir from the wine. If the wine has tannins and other ingredients to balance 15% of the alcohol, Peterson says it should be taken on its own terms.

Factors affecting the taste of the wine include the fermentation time, the length of the maceration period in contact with the skin, the level of oak ageing and the Brix degree of the grapes harvested. White Zinfandel is usually harvested at an early age at a temperature of 20°Bx when the grapes have not yet acquired a variety, although some examples may give clues of tobacco and apple skin. At 23°Bx (the degree to which most red wines are considered “ripe”) the strawberry aroma develops. At 24°Bx cherry flavors develop, and at 25°Bx blackberry flavors. 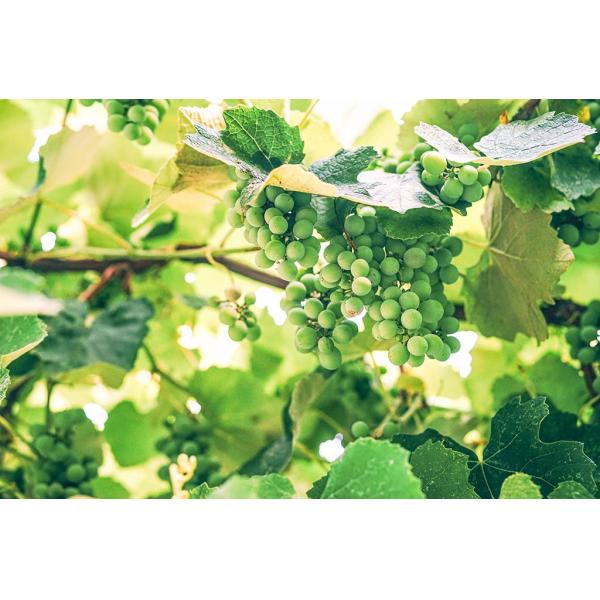 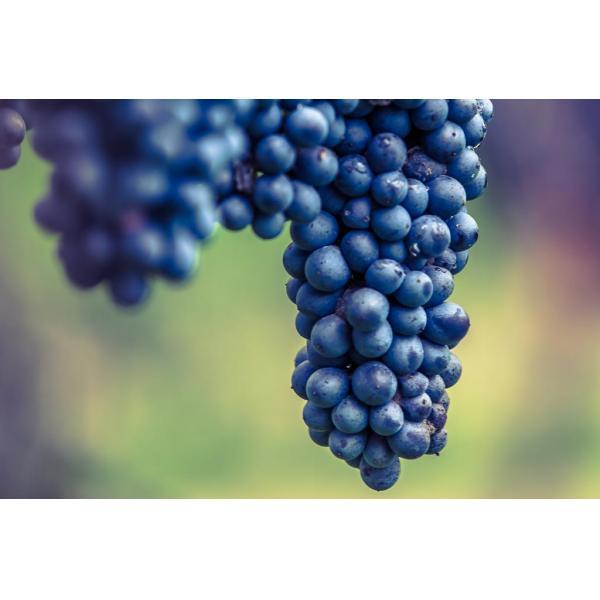 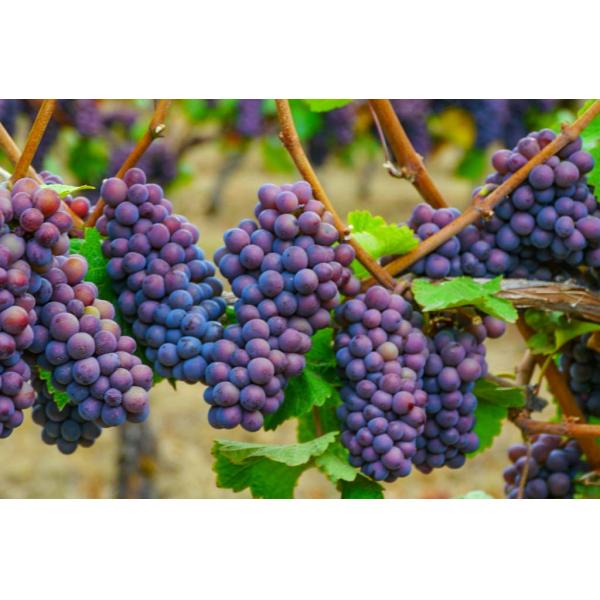 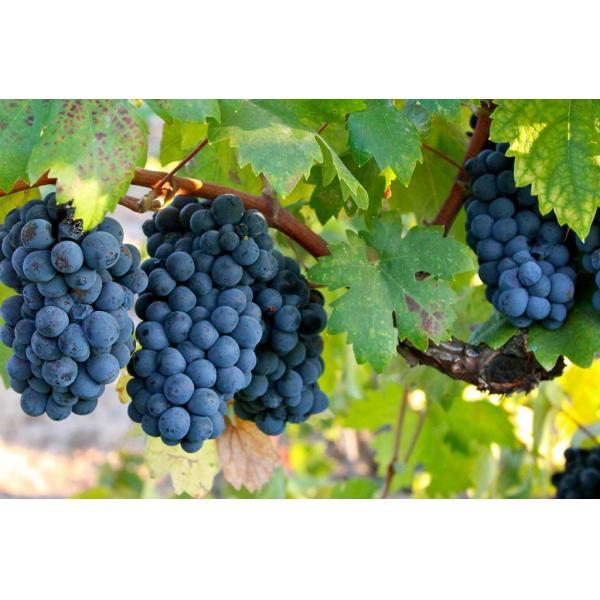 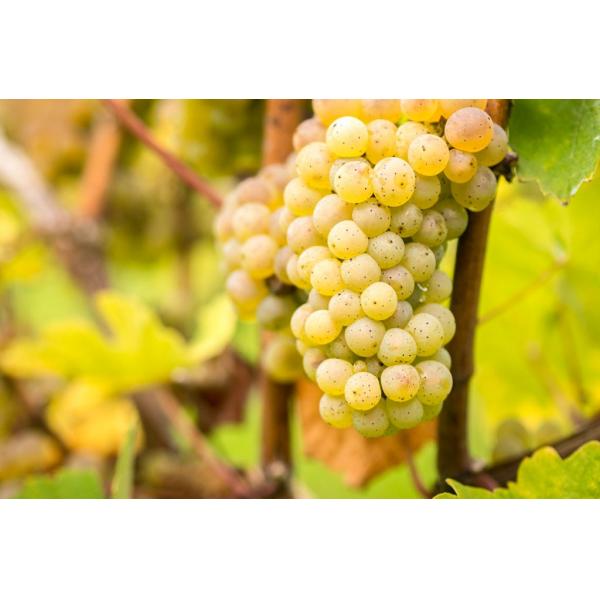 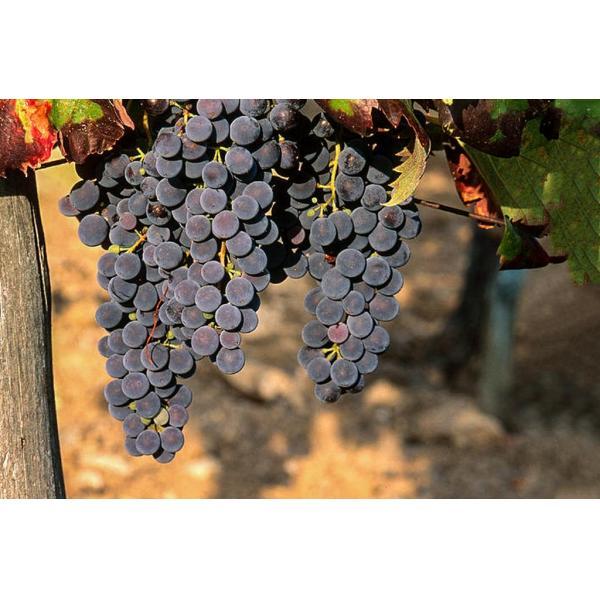 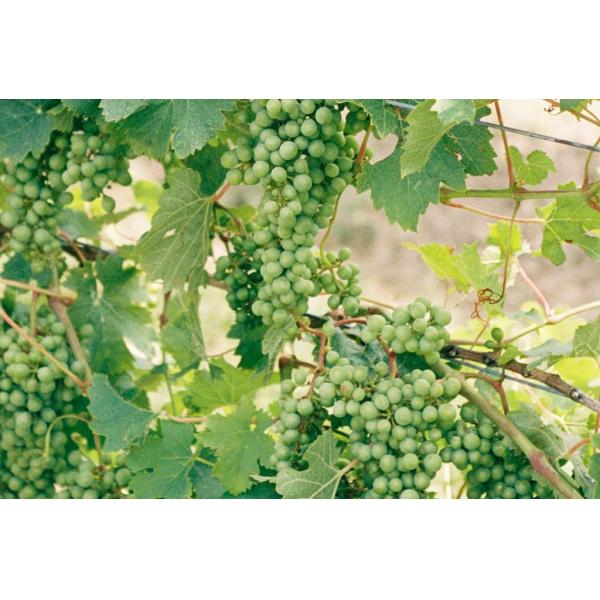 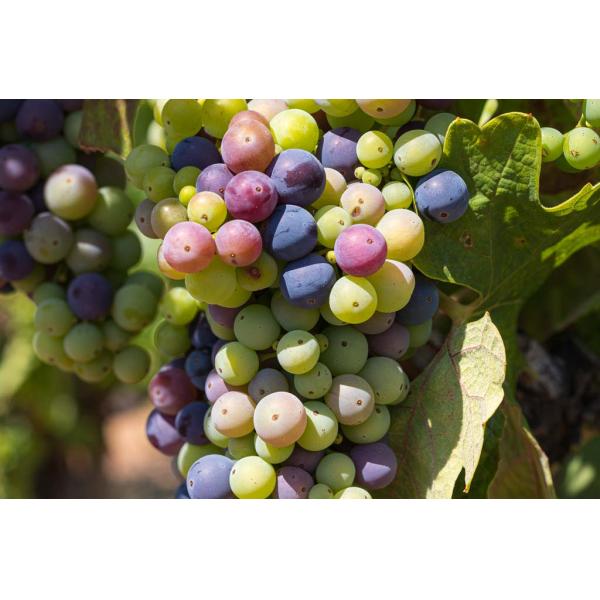