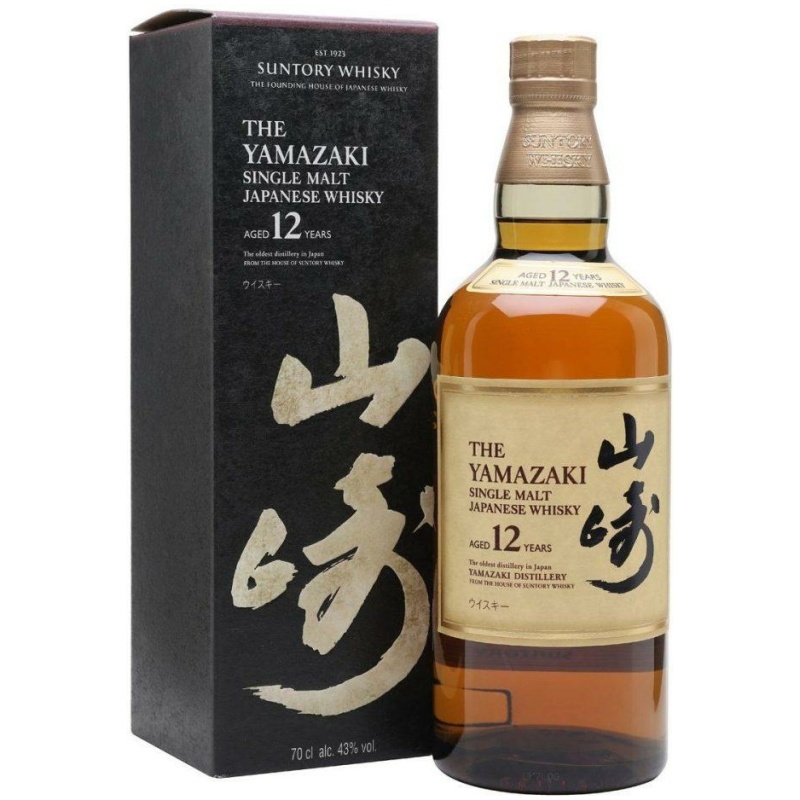 Yamazaki Distillery has been producing its Single Malt 12 Year since 1984. Its mash bill is made entirely of malted barley, and it is matured for 12 years in barrels at The Yamazaki Distillery before being bottled and sent to your door.

So, what’s it like to eat it? This golden whisky has diverse smells and is quite easy to drink. Fruity notes like peach, grapefruit, pineapple, and candied orange mingle with spices like clove and orange on the scent. This whisky also contains flavors of rich coconut and tart cranberries, with spicy ginger and cinnamon on the lingering finish.

This is a whisky meant to be savored slowly. Drink it directly from the bottle in a tulip glass or on the rocks with a whisky stone. Mix it with club soda to lend a dash of brightness to its mellow flavour and bring out its oakiness if you’re searching for something effervescent. For a chilled-out finish to your day, mix one part whisky with two parts water.

Broadway Wine N Liquor offers a terrific bargain on Yamazaki 12 Year Single Malt Whisky, which you can have delivered to your door or picked up in store.

Yamazaki is a legendary whisky brand. People murmur in whispers about Suntory’s Yamazaki distillery’s offerings. For many, the famed sherry casks, the Yamazaki 12 Year, the Mizunara casks, and others have all achieved mythological status – and have become unachievable for the majority. Suntory introduced the Yamazaki 55 year earlier this year, the oldest whisky ever produced in Japan, with a selling price of $27,500. While it may seem ridiculous to spend the equivalent of a nicely equipped Toyota Camry on a bottle of whisky, given that a bottle of Yamazaki 50 year recently broke the auction record for Japanese whisky, some may consider it a terrific deal. That bottle sold for nearly $300,000 at the end of the auction. Regrettably, the Yamazaki 55 year was only available to Japanese citizens and was sold through a lottery method.

However, as previously stated, as demand for Japanese whisky has soared, production has struggled to keep up. This has affected Suntory and its distilleries in Yamazaki, Hakushu, and Chita. Suntory has lost its age declarations, allocations have dried up, and blending has become more vital than ever. What about the Yamazaki 12 year entry, though?

Nose: This whisky has a fruity aroma. Pineapples, coconut, vanilla, and large floral notes dominate the nose. With a little acidity and wisps of toasted wood, it reminds me of a sweet fruit tart. While this nose has a lot going on, it isn’t particularly large or bold. It’s a delicate scent that entices you back in for a closer look.

Palate: Subtle, complex, and elegant on the palate. It all starts with honey and vanilla bean from Tahiti. Then there’s a slew of huge, luscious fruits like melon, pineapple, and coconut. Around the midpalate, the tropical flavors appear, followed by lovely oak and cocoa powder undertones. The mouthfeel is pleasant, having a richer body than Suntory’s Hibiki Harmony. On this pour, the alcohol takes a backseat to the fruit.

Finish: Yamazaki 12 has a waxy finish, medium to lengthy. On the palate, a rush of tropical tastes fades into dried fruits and a hint of baking spice that lingers on the tongue.

About the Producer: The Yamazaki

Yamazaki is Japan's oldest single malt factory, founded in 1923 by Suntory founder Shinjiro Tori. Located in the idyllic Yamazaki Valley, between Osaka and Kyoto, master distillery Masataka Taketsuru chose this place for its cleanliness. local water - and this is confirmed by the pragmatic thorium because of its proximity to two important markets. There is a direct train from downtown Kyoto that takes about 30 minutes (the journey from Osaka is a little longer), and the distillery offers audio-guided tours in English and French for tourists learning the secrets of Kyoto stations. Japanese train. a figure in the Japanese whiskey industry. After studying organic chemistry at the University of Glasgow, he worked in the Scottish whiskey industry before returning to Japan. After helping to establish Suntory whiskey, Torii opened his own distillation business in Yoichi, Hokkaido. This company later became Nikka, another major whiskey producer in Japan. The Yamazaki distillery contains 12 still distillers and produces a variety of spirits of various ages and finishes, and also provides a malt base for blended Suntory whiskeys. Unlike the typical Scottish distillery, which produces a "base" style that is aged for different periods in different woods, Yamazaki is different batches of whiskey, blended for six months before bottling. Year Old and Yamazaki is one of the best selling Japanese single malt whiskeys, accounting for 60% of the domestic market. He was successful abroad, gaining recognition from various sources. In a 2015 Whiskey Bible, Jim Murray named the 2013 Yamazaki Single Malt Sherry Keg his Whiskey of the Year, and Yamazaki has consistently won medals in the International Spirits Challenge.