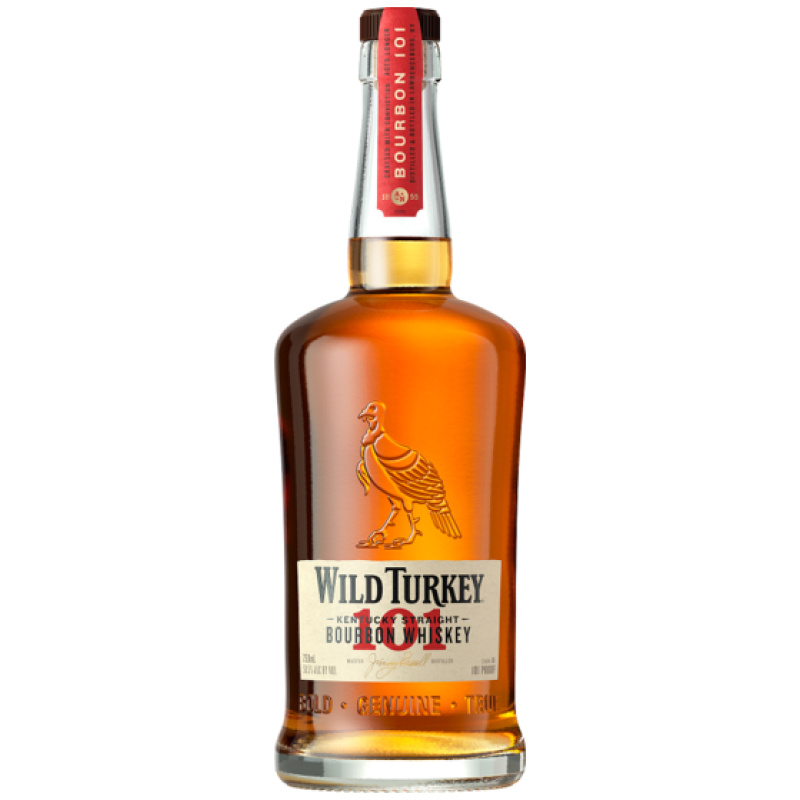 Get this Wild Turkey Bourbon delivered to your door. Wild Turkey 101 teaches classic American ideals, most notably the refusal to compromise on quality standards. For added flavour, this legendary bourbon is matured for at least five years in American White Oak barrels with the deepest #4 alligator char.