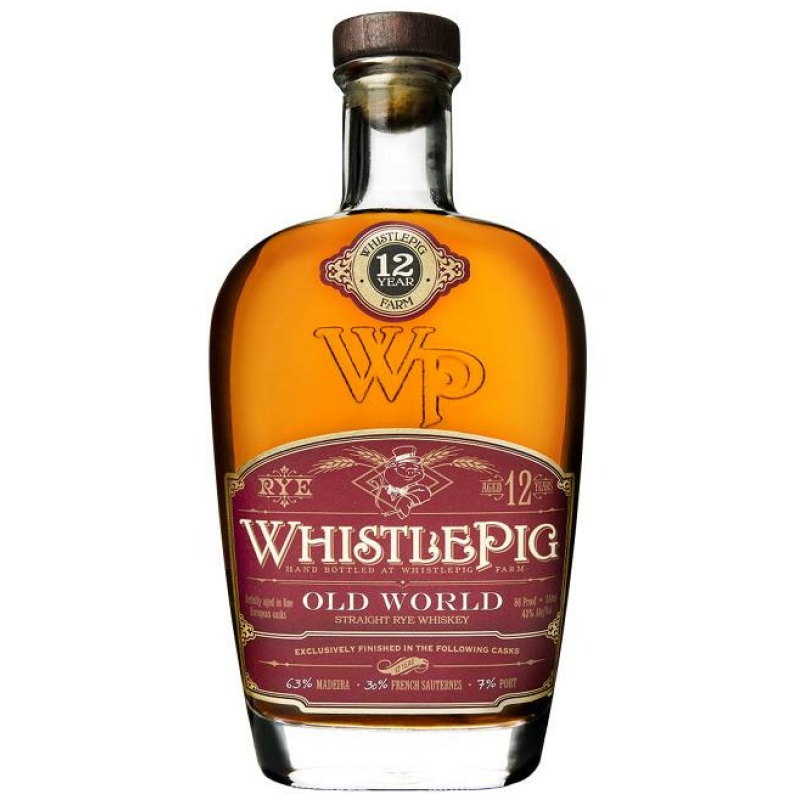 Discover the popular Whistlepig Rye Oldworld 12Yr and have it delivered to your door today.

About the Producer: WhistlePig

WhistlePig is a brand of rye whiskey located at WhistlePig Farm near Lake Champlain in Shoreham, Vermont. In the short time since its inception, it has won several gold medals at the San Francisco World Spirits Competition and the World Whiskey Awards. Raj Bhakta purchased the 525-hectare (1,300-acre) farm in 2007 and teamed up with Master Consultant Distiller Dave Pickerell. formerly owned by Maker's Mark. Initially, the company was dedicated to bottling rye whiskeys of various ages imported from Canada, and the first products were launched in 2010. In 2015, the WhistlePig distillery was built to produce Vermont rye grown on the property. This will make the company the first “one stop shop” whiskey producer, controlling all stages of the process, from growing the herb to bottling. The 120-hectare (500-acre) site produced the first rye crop in 2013 and also grows barley, honey, maple syrup and vegetables. In addition, oak barrels were made from the farm's trees, which are used to complete the 15-year exhibition.