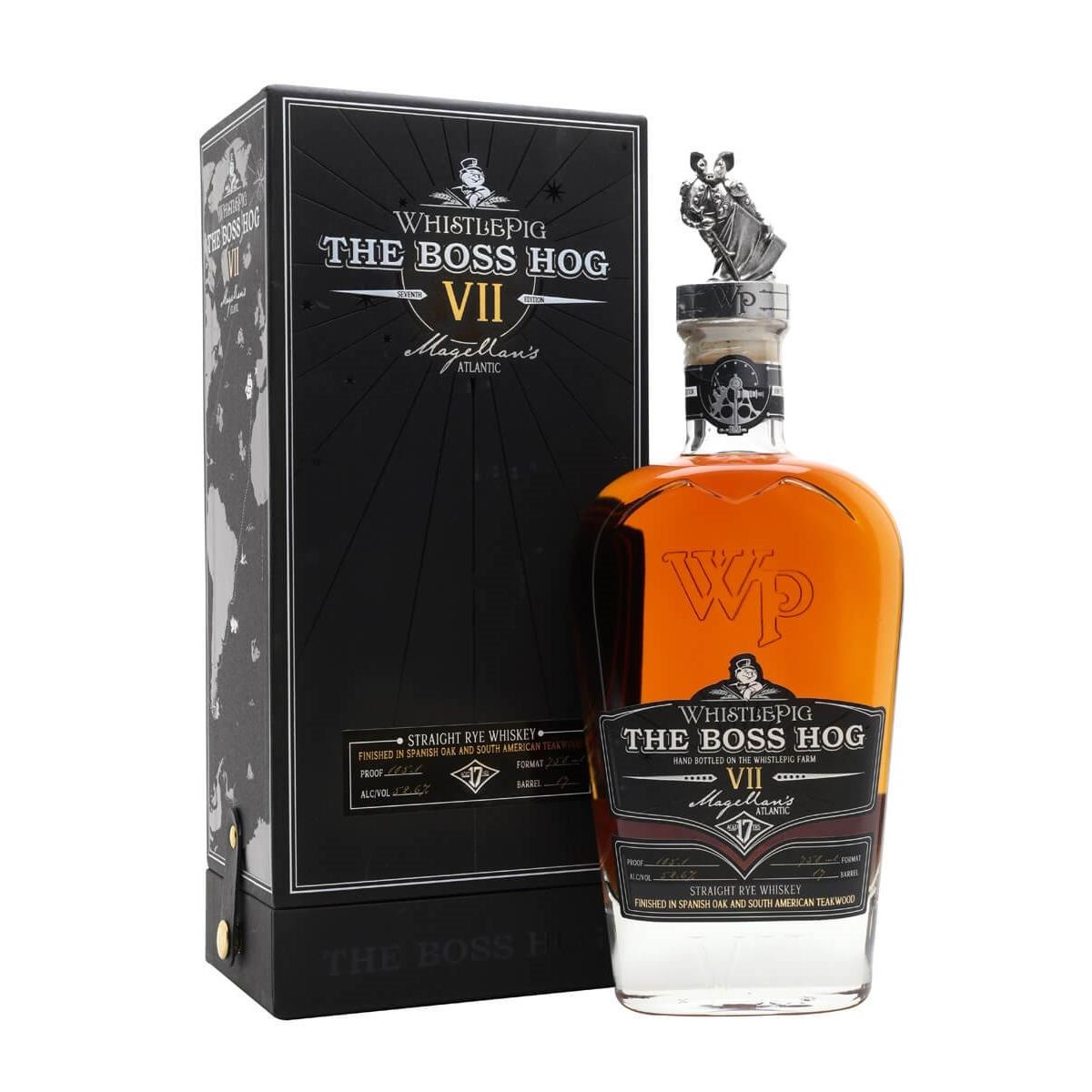 Discover this Whistlepig Rye Boss Hog VII and get it delivered to your door. Single Barrel, Proof Bottled, Powerfully Complex, Clearly Different From Anything We’ve Done Before Stupendous. The Boss Hog VIII: The World’s Best Rye is an epic sequel to the World’s Best Rye. Our voyage around the world comes to a close with LapuLapu’s Pacific, which unfolds a story as rich and bold as the whiskey itself. Captain Magellan met his end at the hands of the renowned Filipino warrior LapuLapu while crossing the Pacific. LapuLapu led his island home against the Spaniards, an ardent and outspoken champion of independence. He built a successful stronghold there, which resisted colonial conquest for more than forty years. This limited edition is finished twice in high toast, small quantity, single island Philippine Rum casks in honor of our new hero, bringing layers of warm spice and delicate tropical flavors to an already deeply nuanced, well-aged Rye Whiskey. LapuLapu’s Pacific is a stunning sequel to Magellan’s Atlantic, a powerful statement of strength and independence. This whiskey is barrel strength, bottled between 104.8 and 106.6 proof, and is extremely rare and sophisticated. NOSE Underripe bananas, freshly picked lemon, and molasses are among the delicate tropical notes that emerge from the rich, velvety vanilla smells. PALATE Fresh ground cinnamon abounds, with citrus freshness, butterscotch, and mild toffee flavors. FINISH With a long-lasting black pepper rye spice, tanned leather, light brown sugar, nutmeg, and allspice