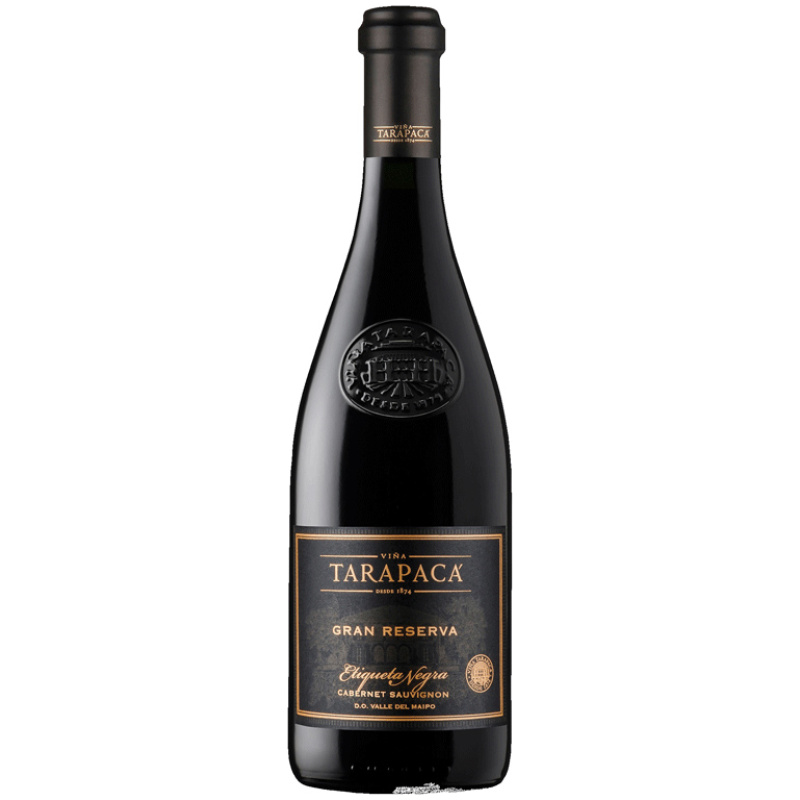 Discover the popular Vina Tarapaca Cabernet Sauvignon Grand Reserve and have it delivered to your door today.

About the Producer: Vina Tarapaca

Viña Tarapaca is a longtime grower in the Maipo region of Chile. It is especially famous for its red wines based on Cabernet Sauvignon. Carmenere, Merlot, Malbec and Syrah are also represented in the portfolio. Chardonnay and Sauvignon Blanc are the main white grape varieties. A large portfolio is made up of the Gran Reserva and Reserva varieties. Below is a selection under the heading Varietal. A late harvest sweet wine made from Sauvignon Blanc, Gewurztraminer and some Moscato. The winery is located on the island of Maipo, which has a long tradition as one of the best wine regions in Chile. The property has 611 hectares (1510 acres) of vineyards covering approximately 2,600 hectares (6,400 acres). The main property, the El Rosario property, was acquired in 1992. It is surrounded by mountains and the Maipo River, forming what the company calls the "Natural Closure of the Maipo Valley". The farm was founded in 1874 under the name Viña de Rojas. He received his first international medal at the 1876 Philadelphia Exposition. The current name dates back to the early 20th century. Dona Mercedes Ulloa acquired the property as part of the divorce from her husband, who bought it in 1892. Her lawyer - and future president of Chile - was Dom Arturo Alessandri, "The Lion of Tarapaca". In 1992, the company became part of the company. holding company La Compañia Chilena de Fósforos. This coincided with the purchase of El Rosario and resulted in a combined increase in exports. The property is now part of the VSPT Wine Group.