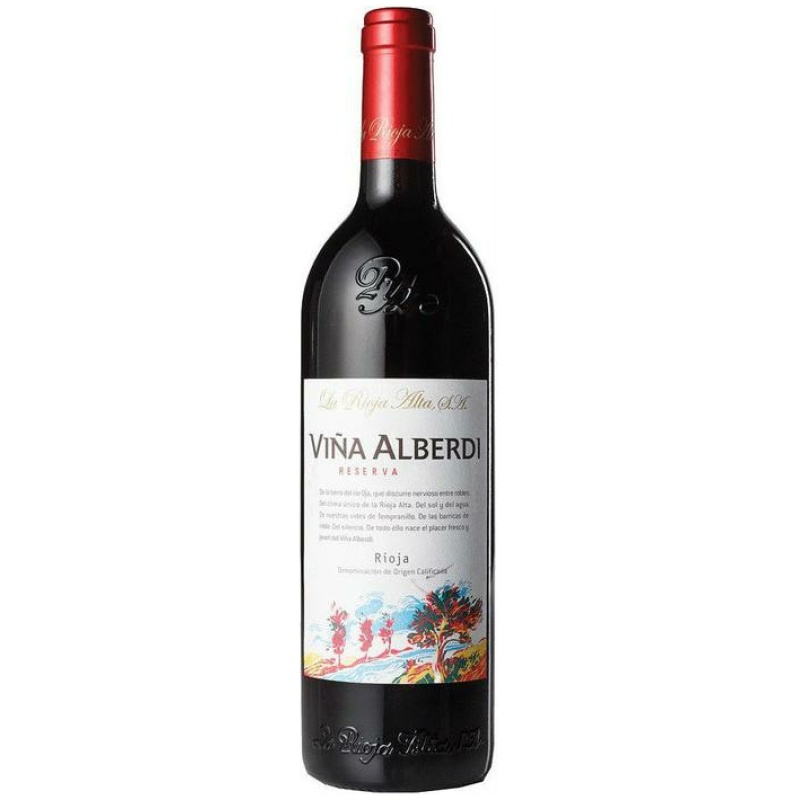 Tempranillo grapes for the production of “Vina Alberdi” Reserva La Rioja Alta company grows in the highest areas “Rodezno” and “Labastida”. Vines more than 30 years, and themselves vineyards are located on clay-calcareous soils at an altitude of 500-600 meters above sea level. The 2007 season was marked by abundant rainfall in spring, which, coupled with increased temperature conducive to growth and development of the vines. Moderate summer temperatures also have a positive impact on the health and quality of grapes. Good weather conditions observed in the month of September, which helped the grapes to ripen slowly, gradually, and winemakers were able to proceed to a selective harvest. Although clusters of berries were smaller than in previous years, and they were of small size, but this is more than was offset by the high quality and excellent varietal characteristics of grapes. Optimal balance of alcohol in berries, aromatic intensity and great concentrated flavors – all together was the key to the birth of fine wine, vintage that the Board of Directors (Control Board) recognized as “very good.” After fermentation, the wine undergoes a two-year aging in American oak barrels, made his own master cooper: the first year in a completely new barrels and second year – a three-year medium-sized barrels. Bottling took place in March 2010.

July 10, 1890 bakskih five families united to create a “society of high Rioja wines”, which later received the name of “La Rioja Alta”. Rioja region in Spain produces some of the world’s best and most long-lived wines. The company “La Rioja Alta owns” 360 hectares of vineyards, mostly in the Rioja Alta and Rioja Alavesa. In this case, “La Rioja Alta” does not produce each year wines of all denominations, and prefers only to those who have managed to open up and show the best performance. Storage and aging of wines produced in French oak barrels, which adds to the wines “La Rioja Alta” subtle tones spices. In March 2002, the magazine “Decanter” named top twenty Rioja wine houses of the XX century, in which the first place was taken by “La Rioja Alta”.