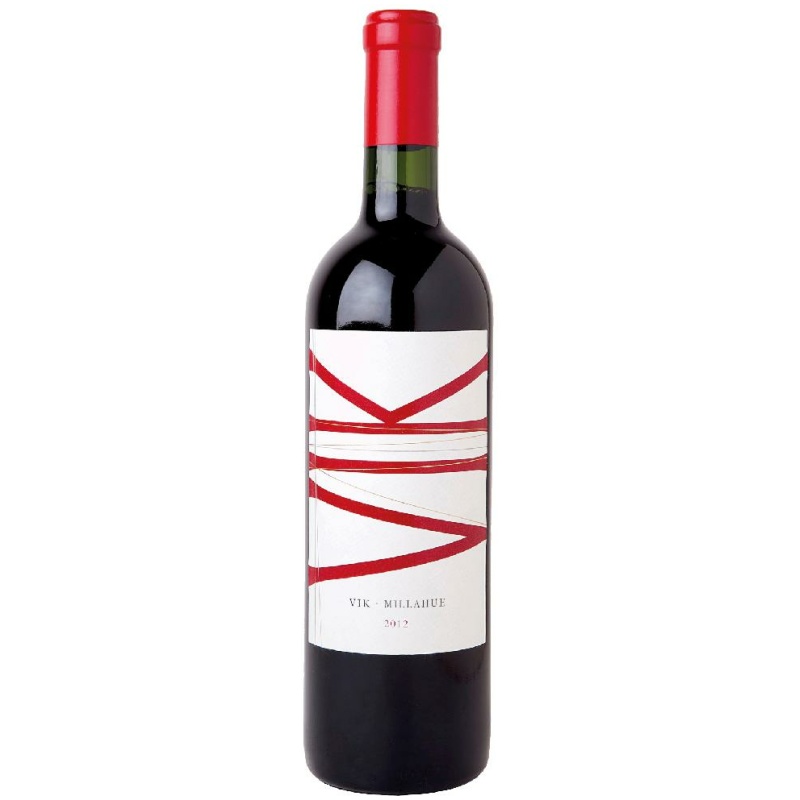 Discover the popular Vik Estate Millahue and have it delivered to your door today.

About the Producer: Vina Vik

Viña Vic is a Chilean wine producer located in the Cachapoal Valley. The company was founded in 2004 by Norwegian entrepreneurs Carrie Vik and Alex Vik. The Vina Vik wine portfolio is a small collection of three Bordeaux red blends. Vic is an emblematic wine, a blend of Cabernet Sauvignon, Cabernet Franc and Carmenere with small additions of Merlot, which will be stored in the cellar for 15 to 20 years. In 2020, Viña Vic launched a rosé wine as part of its La Pi Belle range, created as a tribute to the art of winemaking. Vic vineyards are located in the foothills of the Andes, in 12 small valleys. The company's 808-acre (327 ha) vineyards grow here a combination of Cabernet Sauvignon, Carmenere, Cabernet Franc, Merlot and Syrah. Nestled between the Pacific Ocean and snow-capped mountains, cool year-round temperatures here allow the grapes to ripen while maintaining acidity levels. The architecturally designed winery features a large "water mirror" on the roof to cool the winery and keep the humidity relatively high in an energy-efficient manner. There is also an upscale hotel and restaurant on site.