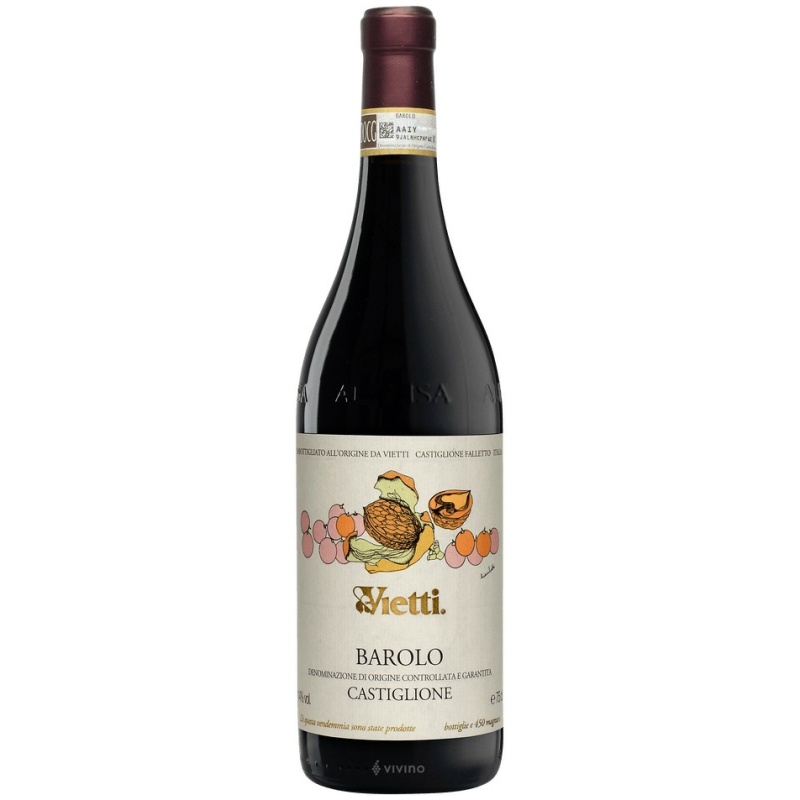 97
Vinous
Another highlight in this range, the 2014 Barolo Ravera opens with the most exquisite, captivating aromatics imaginable. It will be interesting to see if it develops a bit more midpalate depth and pliancy. Today, the 2014 is a bit austere, even within the context of the year and this site, where the wines are a bit on the nervous side to start. I have seen Vietti Raveras blossom into spectacular wines and imagine that will be the case here as well. Readers should not plan on opening a bottle anytime soon.
94
Robert Parker's Wine Advocate
To my palate, the Ravera cru is one of the most immediately recognizable in the entire Barolo appellation. It gives off robust aromas of cherry liqueur and bitter chocolate. Those are two of the beautifully polished characteristics you get with the 2014 Barolo Ravera. But there is a lot more complexity to behold in this wine. Subtle notes of balsam herb, crushed mineral and rusty iron also appear. This next descriptor might seem awkward to a non-Italian readership, but you might even detect a hint of perfumed anchovy. It's all good and all beautiful.
94
Wine Spectator
Cherry, raspberry, rose, anise and tobacco aromas and flavors are the hallmarks of this rich red. The core of fruit is well-supported by dense, refined tannins and vibrant acidity. Shows excellent balance and length. Seemingly built to age. Best from 2022 through 2043.
94
Wine & Spirits
Powerful and austere, this wine’s taut tannins and lively acidity give it a coiled aspect. Notes of sage and anise emerge after several hours in the glass, adding complexity to flavors of dark plum and cherry. This will make a great partner for roast lamb, if you can wait at least five years before opening it.

About the Producer: Vietti

Vietti is a wine producer in Piedmont in northwestern Italy. It is especially known for its selection of Barolo wines from selected vineyards, Barbera, and its association with the Arneis variety. The excellent Barolo Riserva Villero wine received many awards and high marks, and the 2007 vintage received 100 points from The Wine Advocate by Robert Parker. The property produced its first wines under the nickname in 1919 and was one of them. the first company to export Barolo wines to the US. In the 1950s, Alfredo Currado (married to the Vietti family) took over production and became one of the first in Barolo to produce wines from a single vineyard. He is also considered to be the ``father of Arneis'', who have heightened interest in this nearby place. - a variety lost in the late 1960s. Vietti is an elegant dirty wine with floral and citrus notes. Vietti produces a wide selection of local wines: Arneis, Moscato d'Asti, Dolcetto, five Barbera wines (three Barbera d'Alba and two Barbera d'Asti), Nebbiolo, one Barbaresco and six Barolo. Most of the grapes for the wines come from the sandy-chalk-clay vineyards in Castiglione Falletto. Three wines from the same winery, including Villero Riserva, are traditionally aged and aged in large Slavic oak vats, while the more modernist Brunate and Lazzarito wines are also partially aged in French oak.