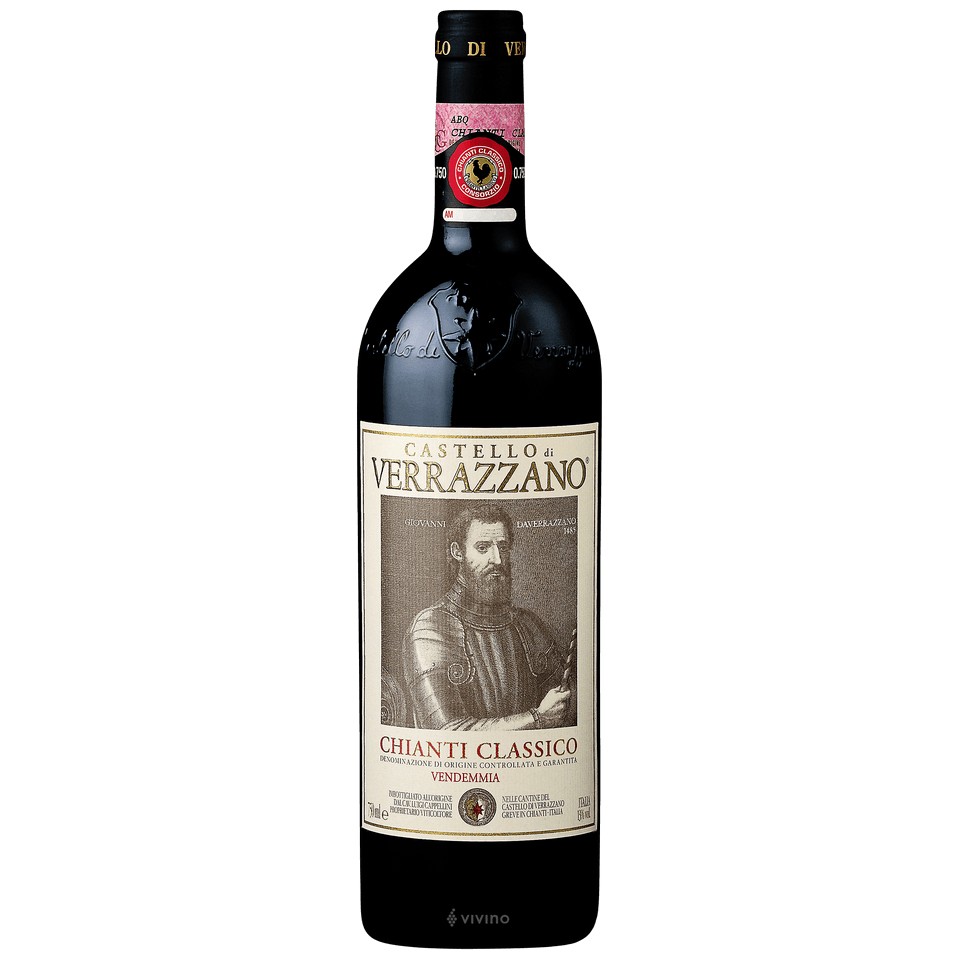 94
Broadway Tasting Panel
Ripe and bright roses and cherries unite on the nose. White-peppered cranberries arrive on the first sip, with red tea and cinnamon surging forth on a lengthy flow. Juicy cherry and dried floral tones enter mid-palate, where they’re lit up with gorgeous acidity and intriguing savory qualities—dried oranges plus an echo of new leather—that persist.
93
Wine Spectator
An alluring young Chianti Classico, with all the components in the right proportions. Features ample cherry, plum and berry fruit, with iron, earth and tobacco flavors and a firm, dense structure. Excellent length. Sangiovese and Merlot. Best from 2022 through 2036.
90
Decanter
The third-largest estate in Chianti Classico after Castello di Brolio and Antinori, Castello di Gabbiano assembles this Riserva from its oldest vineyards. Aged predominantly in large oak casks with a small portion of new French barriques, this shows some upfront mint and chocolate then makes room for plum and savoury dried tomato. It has great density on the palate without being too heavy, and the tannins are supple and polished.

About the Producer: Castello di Verrazzano

Castello di Verrazzano is an Italian manufacturer from the Chianti region of Tuscany. It is most associated with red wines from the Chianti appellation, including Sangiovese, Canaiolo and Colorino. It also produces IGT Toscana wines using Cabernet Sauvignon and Merlot. The Verrazzano property has a long and long history in Tuscany. The fortified villa is located near the town of Greve in Chianti and is part of a property whose borders have not changed for over 1000 years. Its origins date back to an Etruscan settlement with records of vineyards and wine production as far back as 1150 AD. The property was a contested home to several aristocratic families and was the birthplace of Italian navigator Giovanni Verrazzano, who mapped the east coast of the United States in the 16th century, when the Castello di Verrazzano cellars were built. Today, the property belongs to the Cappellini family, who restored the buildings and land in the late 1950s. The property spans 93 hectares (230 acres), of which 52 hectares (129 acres) are under vines. Several white Tuscan varieties, including Trebbiano, Traminer and Malvasia, are grown among the most dominant red varieties. Chianti Classico and Classico Riserva are aged in large Slavic oak barrels, while Toscana IGT and Chianti Classico Gran Selezione 'Sassello' are aged in new French barrels.