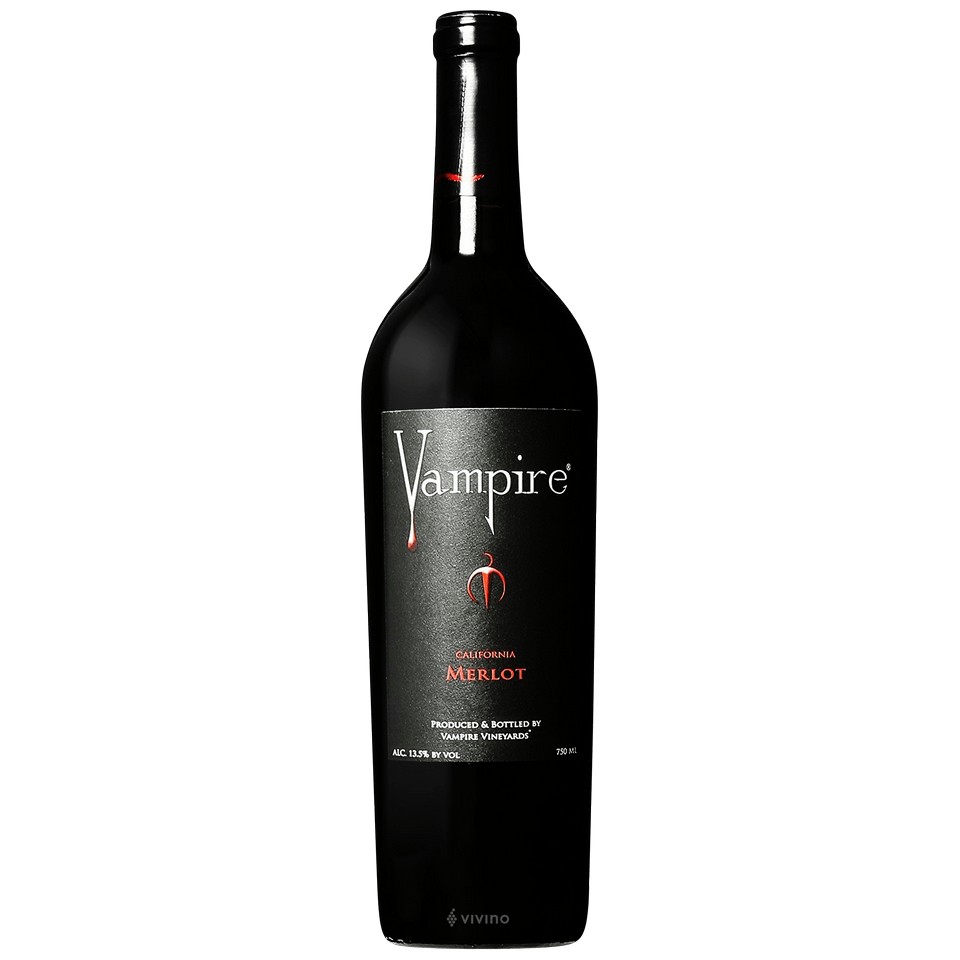 Vampire Merlot has black cherry and black plum scents. With notes of cola and cherry lingering on the tongue, this well-structured wine has an exquisite texture and a lengthy finish.

100
James Suckling
This is an extraordinary merlot with such purity and focus. Flowers such as violets and hints of orange peel. It is full-bodied yet incredibly energetic and structured. The finish goes on for minutes. Seamless texture. Fresh yet dense. Contrasty. Best Redigaffi ever. Hard not to drink now but a wine for decades.
99
Wilfred Wong
COMMENTARY: One of the most amazing wines I have ever tasted—thanks to James Suckling and the producers for making this wine available to evaluate at the Great Wines of Italy tasting in San Francisco. When I first got to this wine, I was already aware that JS had given this wine 100 points. I was ready to taste and be skeptical as I am supposed to be, but this wine stole the show, now I can't get it out of my mind. While it started out slowly, it quickly took center stage and made my palate stand at attention. TASTING NOTES: The 2015 Tua Rita Redigaffi is one of the world's greatest Merlots. Intense in color and concentrated with blue and black fruits, this oak-accented full-bodied red shows incredible balance and class. The wine's completeness is undeniable. (Tasted: March 11, 2018, San Francisco, CA)
98
Decanter
This has a youthful nose dominated by exotic oak notes of cedar, incense, cigar box and cinnamon, interlaced with bright floral notes of violets, ripe blackcurrants and cream. It shows fantastic precision and intensity of flavour and aroma, with beautifully refined tannins, huge concentration and a seductively silky texture, gliding effortlessly across the palate. This wine is still very much a baby, but is already an obvious beauty! This 2015 vintage has everything going for it; it's so seductive and is approachable young, but will benefit from cellaring and will last for at least 20 years or more. Drinking Window 2019 - 2040
97
Robert Parker's Wine Advocate
No surprise, Tua Rita delivers yet another unbelievable edition of its legendary Merlot from Coastal Tuscany. The 2015 Redigaffi is a blockbuster, a beautiful and expressive blockbuster at that. This vintage delivers a unique level of intensity and power that is very much linked to the easily ripened fruit obtained in this warm and sunny vintage. Despite that inner bulk and power, the wine reveals an elegant sense of harmony and depth. Etched mineral or graphite notes segue to black fruit, spice, leather, mocha and toasted espresso bean. The wine is structured and firm in terms of mouthfeel.

About the Producer: Vampire Winery

The Machat family's palates have developed over the last two decades since the initial production of Vampire Merlot wine in Transylvania. For their Vampire Brand, they started making better and better wine. So, in 2007, the Machat family uprooted their Transylvanian ties and relocated their winemaking operations to California, where they now live. Paso Robles was the site of the first California production. The Machats started extending Vampire the next year, adding Dracula and Trueblood to their top line of wines. The Machats built a winery in Napa, where they make Cabernet Sauvignon, Pinot Noir, and Chardonnay, to satisfy their unquenchable desire for ever more unique and refined wines. Their Trueblood Mt. Veeder Cabernet Sauvignon earned the first of many Gold Medals at the Los Angeles International Wine and Spirits Competition in May 2014, scoring 90 points.