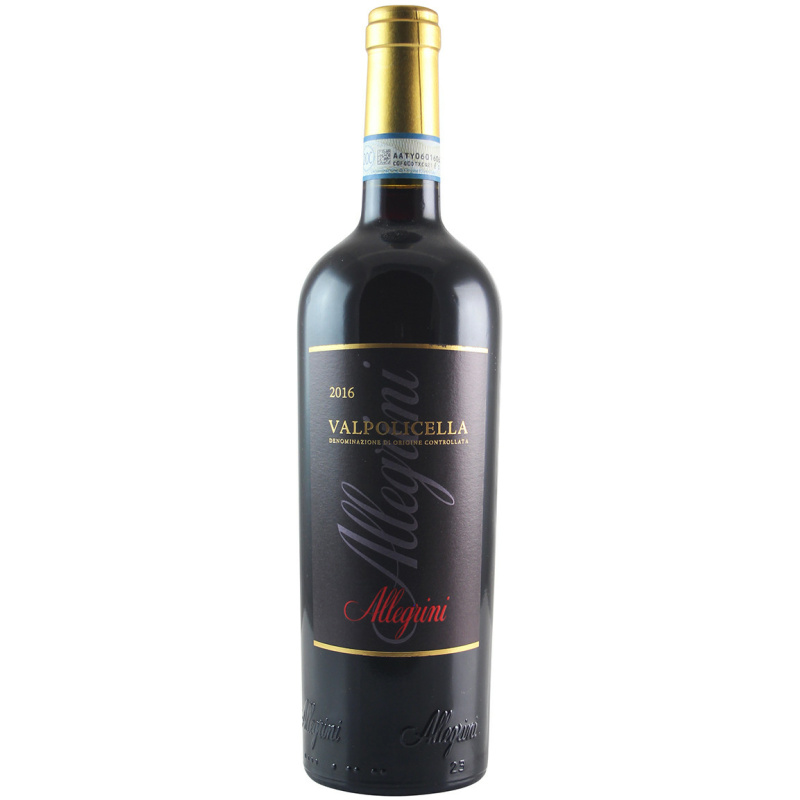 Discover this Valpolicella Allegrini and get it delivered to your door.

About the Producer: Allegrini

Allegrini is an Italian family business based in the Valpolicella Classico region of Veneto. It is widely recognized as one of the leading producers not only in the region but in Italy as a whole, and is especially known for its Amarone della Valpolicella Classico. The family has lived in this region since the 16th century and is involved in production. viticulture for most of that time. However, the company known today was founded in the mid-20th century by Giovanni Allegrini, who began shaping the property's reputation as a fine wine producer in the 1960s and 1970s. Today, all Allegrini wines are made from fruit grown on an estate of 90 hectares (222 acres) of vineyards in the communes of Sant'Ambrogio and Fumane, where the south-eastern slopes and calcareous soils are suitable for viticulture. Allegrini's reputation is largely due to the high quality of its Amarone wines, but it also produces wines outside the region's classic DOC appellations. These wines include several premium cuvées from selected vineyards, such as La Grola, a Corvina variety, La Poja, which adds Syrah to the typical Valpolicella blend, and Palazzo della Torre, which adds Sangiovese. All three are IGT Veronese as they stray from grape combinations. registered in Valpolicella. The line is complemented by Recioto della Valpolicella Classico, Valpolicella Classico and Soave. Valpolicella is produced from vines growing in the Classico area, but some of the 2007 vintages were sealed with a Stelvin lid and therefore lost their Classical status. The company also owns Poggio al Tesoro, a Bolgheri estate that produces a wide range of wines, led by Cabernet Franc "Dedicato a Walter", named after Giovanni Walter's son, who died in 2003.