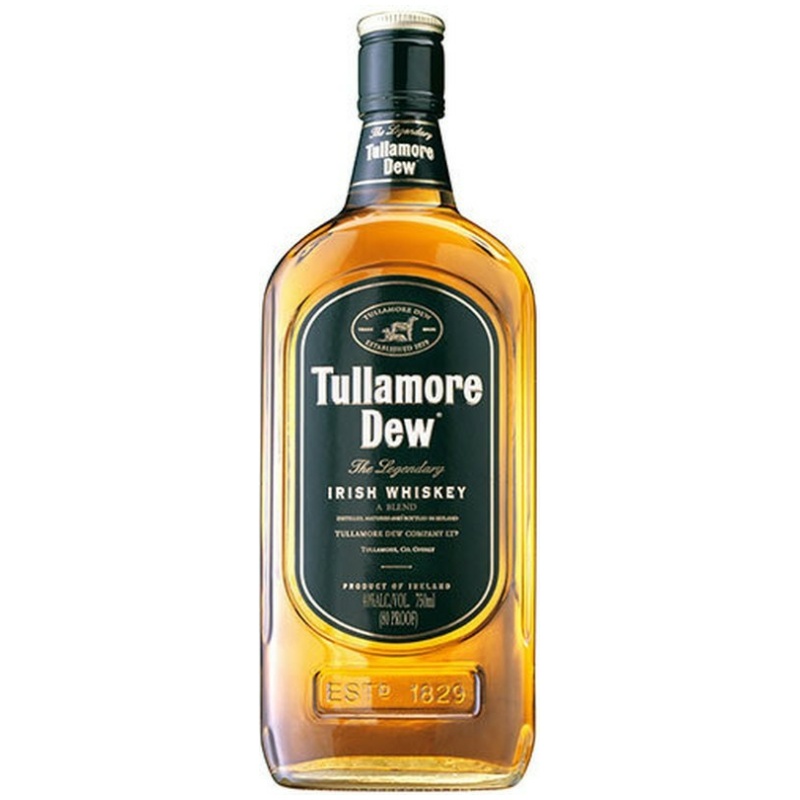 Discover the popular Tullamore Dew Irish Whiskey and have it delivered to your door today.

About the Producer: Tullamore D.E.W.

Tullamore Dew is an Irish whiskey brand located in the town of the same name in central Ireland. This is the second largest Irish whiskey in the world. The distillery was built in 1829 as a Tullamore distillery. The "dew" in the name is named after the distillery manager Daniel E. Williams, who began his career as a groom at the distillery and eventually became its owner. In 1954, the plant was deactivated after a sharp decline. in Irish whiskey states. The brand continued to operate under the Irish Distillers umbrella before eventually becoming part of William Grant's distillery empire, best known for its Glenfiddich and Hendrick's Gin brands, in 2010. Whiskey returned to its hometown in 2014 with the opening of a new distillery. Tullamore Dew is a blend of malt, still and continuous alcohols, available in a variety of ages and finishes.