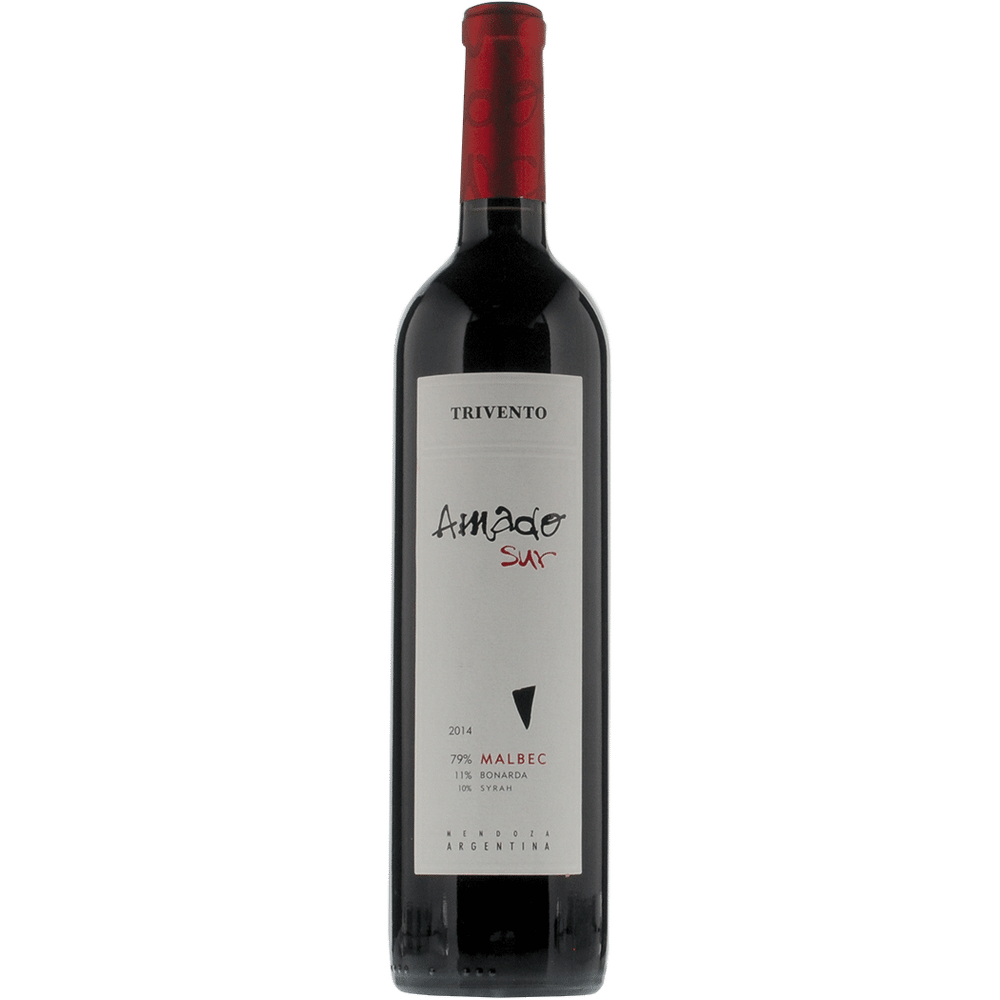 Trivento Amado Sur Malbec is a fruity, juicy blend with aromas of black fruit and herbs, mixing fruit from Valle de Uco and Luhan de Cuyo. This is a highly drinkable wine with a rounded flavor…. It is simply delicious.

Malbec is a full-bodied, rich red wine with dark, intense notes. It has lovely black fruit tastes, as well as spice aromas and floral undertones on occasion. Malbec has varying degrees of complexity depending on the winemaker and the area where it is produced. Malbec is a wine with a rich purple hue and a substantial body. Malbec grapes are tiny, dark-colored, and have thick skins, resulting in a wine with rich fruity flavors and mild tannins. Malbec has a greater alcohol content than Merlot or Pinot Noir.

Trivento Bodegas y Viñedos is a large Argentine winery. It produces wines of various brands from the Mendoza vineyards, from some of the company's most famous grape varieties, including Malbec, Cabernet Sauvignon, Syrah, Bonard and Chardonnay. Trivento, or "three winds", gets its name from the polar winds Zonda and Sudestada, which blow in Mendoza. The company was founded in 1996 with a Los Vientos winery and 154-hectare (380-acre) vineyard in Maipu. There are now about 1,500 hectares (3,700 acres) of vineyards at eight sites in Mendoza, from Finca Los Indios near San Carlos to Finca Tres Porteñas, east of the city of Mendoza. In 2011, an art and wine tourism space was opened at the Trivento winery. Eolo, named after Eolus, the mythical Greek guardian of the winds, is the flagship of wines. It is the only Malbec vineyard on site in Lujan de Cuyo, which rises about 3,300 feet (1,000 m) above sea level on the north bank of the Mendoza River. However, Trivento produces a wide range of other wines under several other brands. The Golden Reserve and Reserve series consist of single-variety Malbec, Syrah, Cabernet Sauvignon, Cabernet Franc, Pinot Noir and Chardonnay wines. The Amado Sur brand includes a blend of Malbec with Syrah and Bonard, as well as a blend of Torronte with Viognier and Chardonnay. Trivento also produces some sparkling wines from the same vineyard, as well as a late-harvest Viognier-Sauvignon Blanc called Brisa de Abril. Trivento was named the best producer of Argentine wines in the 2009 UK International Wine and Spirits Competition.