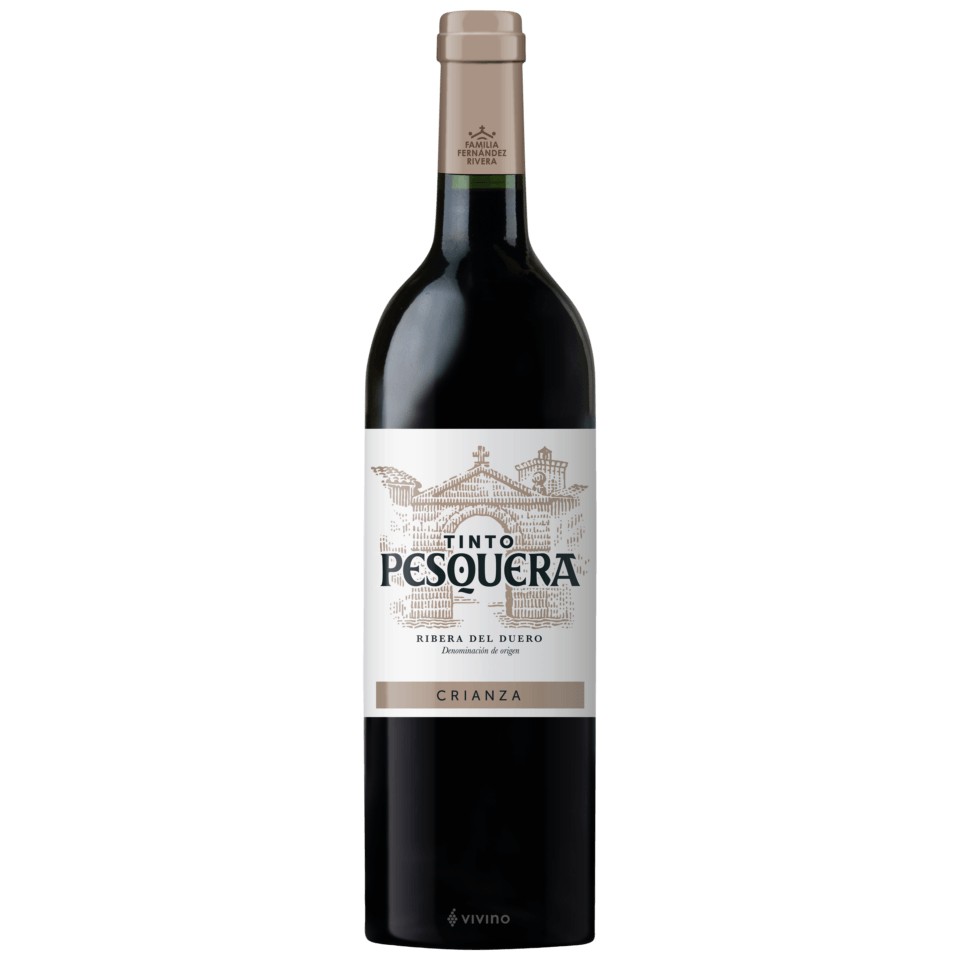 91
Wine Spectator
This rich red shows a firm structure, good concentration and well-defined flavors of blackberry, roasted plum, toast and spice. It's powerful yet not clumsy, with great intensity and verve.--Pesquera vertical. Best after 2004. 40,000 cases made.

About the Producer: Familia Fernandez Rivera

Familia Fernández Rivera is a wine producer from the Ribera del Duero region in Spain. It is best known for its line of red varietal Tinto Pesquera wines, made from Tinto Fino (Tempranillo), which are spicy, firm and age-old. The company also owns Haza County, another property in Ribera del Duero. Dehesa La Granja (Castile and León, VT) and El Vinculo (La Mancha DO) complete the property portfolio. Tinto Pesquera The property was founded in 1972 before Ribera del Duero became famous for Alejandro Fernandez (a former farm machinery dealer) and his wife Esperanza. The purchase was financed with money from the sale of the patent. Pesquera de Duero was the couple's hometown; The property is located on the outskirts. The first vintage was 1975. The wine was an immediate success, following in the footsteps of its neighbor Vega Sicilia, and in 1982 it forced Ribera del Duero to recognize the DO status for Ribera del Duero. The 200 hectares (500 acres) of mature vineyards are located along the south bank of the River Douro on a variety of soils, although they are mainly based on sandy and gravel soil over limestone and clay. These vineyards are about 2,000 to 2,500 feet (600 to 700 m) above sea level and have a continental climate with warm days and cool nights. Instead of growing vines, plants are grown on low trellises to better capture the earth's heat. Pesquera was one of the first producers in the region to use wire drills. Tinto Pesquera wines are produced in a converted 16th-century stone building. A carefully thought-out blend of French and American barrels is used to age the wines: Crianza for at least 18 months and Reserva for up to three years. Gran Reserva and Janus Gran Reserva age from 36 to 48 months before release. The wines are bottled unrefined and unfiltered. Jaza County is Ribera del Duero's second property, the first vines were planted here in 1987. Today, around 200 hectares (500 acres) of vines are planted in the sandy clay, all Tempranillo varieties. ... The winery was dug into the hillside; the cellar is located almost 30 meters below ground. The program includes Crianza, Reserva, Alenza Gran Reserva and 20 Aldeas cuvée. Dehesa La Granja This property in Vadillo de Guareña in Zamora was planted in 1998 with Tempranillo seeds grown in the vineyards of the County of Jaza. The winery has a 3,000 square meter (32,000 square feet) underground cellar. The property also cultivates several other crops (including olives and chickpeas) and livestock. The wines produced here are the standard cuvée of the same name and Dehesa 14. The number indicates the number of years the wine has aged in the cellar before launch, the first two years in American oak barrels. El Vinculo In 1999, the El Vinculo property was built. Campo de Criptana in Castile-La Mancha. This is the only property where another grape variety is grown besides Tempranillo. Airen's white wine, Alejairén Crianza, is almost certainly the best wine produced from this variety. Red wines Crianza and Reserva are also produced, as well as Paraje de la Golosa Gran Reserva in the best years. Ownership The Group has several former names, including Bodegas Alejandro Fernández-Tinto Pesquera and Grupo Pesquera Alejandro Fernández. The various changes are in part a reflection of family disputes - often public - for control of the company. Alejandro Fernandez, who died in May 2021 at the age of 88, was considered one of the greatest winemakers in Spain. Along with Vega Sicilia wines, their wines played a decisive role in strengthening their region's position on the world wine list, however Alejandro and his youngest daughter (Eva Maria winery) were allegedly expelled in 2018 by his ex-wife Emilia . (Esperanza) Rivera (whom she divorced in 2017) and her three eldest daughters. The national newspaper El País Economía called the long-standing family case the "coat of arms of the falcon of Ribera del Duero," referring to the famous American series based on vines. The group's current name adds Emilia Rivera's surname and the business is now open. manages five granddaughters.