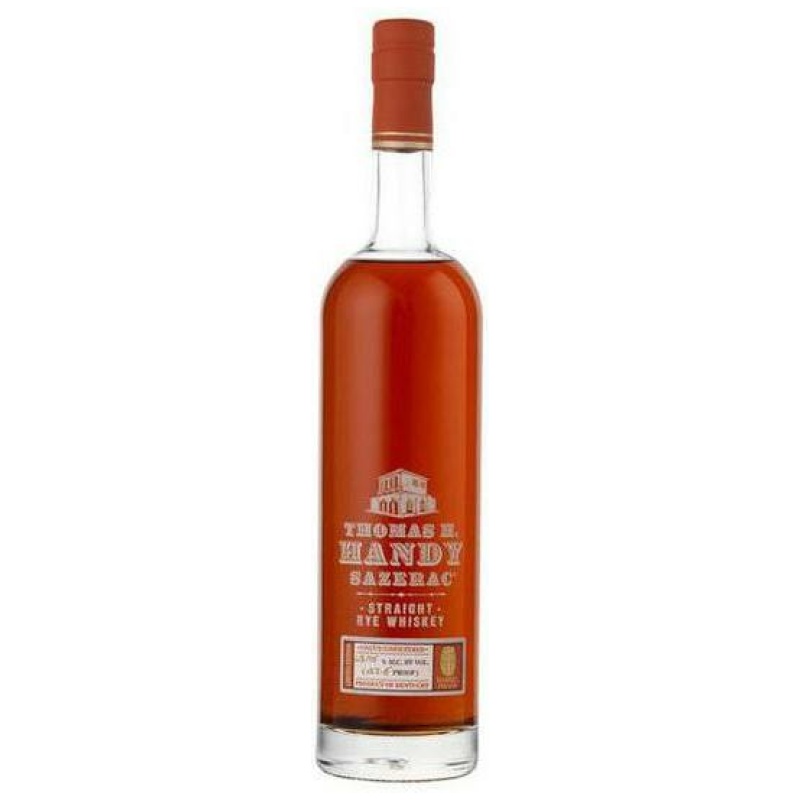 Get this Thomas Handy Sazerac Rye 126.9 Proof delivered to your door. This uncut and unfiltered Straight Rye Whiskey is bottled directly from the barrel, just as it was over a century ago, and is named for the New Orleans bartender who first employed rye whiskey in the Sazerac Cocktail. This classic American rye whiskey, full of rich tastes, is a representation of New Orleans’ everlasting history and the legacy of Thomas H. Handy. Powerful, luscious, and peppery to the core. Toffee, fig cake, and candied fruit flavors mingle with mint, cinnamon, and clove. Finally, hints of allspice, coconut, and nutmeg emerge on the end. Long and toasty.