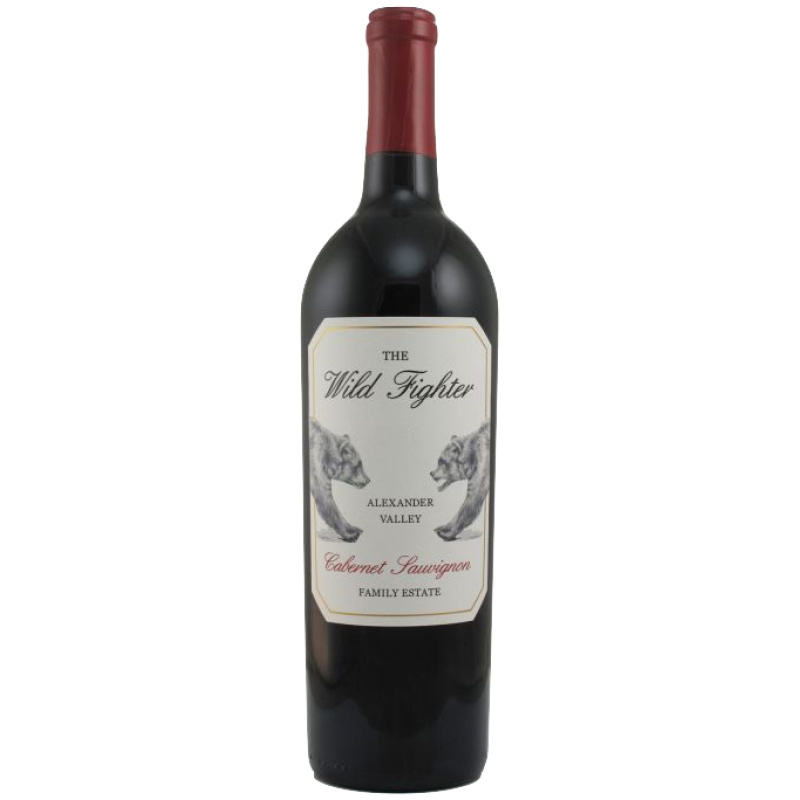 The Alexander Valley’s Wild Fighter Cabernet Sauvignon is one of the most spectacular deals we’ve ever seen from this highly recognized location. Chalk Hills Vineyard, located in the northeastern portion of Alexander Valley, produces a wine with depth and complexity because to its steep, rolling hills and high elevation. This wine features cassis, ripe plum, roasted vanilla, and spices aromas, as well as a gentle acidity and meaty tannin matrix.

Alexander Valley is a major wine-growing region in Sonoma County, California. Vineyards stretch from the Russian River’s border up into the foothills of the Mayacamas mountains that separate Sonoma from Napa, making it one of the warmer regions of Sonoma. Cabernet Sauvignon is the main grape variety in Alexander Valley, and it produces bright, fruit-forward wines that are less earthy than their Napa counterparts. The AVA encompasses a 20-mile (33-kilometer) section of the Russian River between the Mendocino County line and Healdsburg.

The majority of Alexander Valley’s vines are located on the eastern side of the river’s benchlands, where the southwesterly aspect and alluvial gravel soils make for ideal Cabernet Sauvignon terroir. Because of its interior location, the valley is warmer than other parts of Sonoma, however chilly winds and fog still make their way up the Russian River from the Pacific Ocean via the Petaluma Gap. The days are warm and dry during the growth season, with the southwest-facing vineyards perfectly angled toward the afternoon sun. Wind and fog cool the nights, slowing ripening and ensuring the grapes retain acidity while sugars and varietal character emerge. Outside of Napa Valley, Alexander Valley is one of California’s most prominent Cabernet Sauvignon districts, with vines owned by some of the state’s most well-known wineries.

About the Producer: Wild Fighter

The Harry Wetzel family owns and operates Alexander Valley Vineyards. It was founded in 1975 on the site of Cyrus Alexander's former farmhouse. The Wetzel Family Estate today grows fourteen different grape varieties on a variety of settings ranging from the Russian River's banks to the slopes. Each grape variety is suited to a certain type of soil and exposure. Mark Houser, the vineyard manager, and Kevin Hall, the winemaker, work together to enhance fruit flavor in the vineyard and create balanced wines that represent the varietal characteristics of the grapes. Hank Wetzel is in charge of vineyard and winery operations, while his wife Linda is in charge of administration. The winery has already welcomed the third generation of the Wetzel family. The assistant winemaker is Harry Wetzel IV, while the National Sales Manager is Robert Wetzel. Alexander Valley Vineyards makes 100,000 cases of wine each year, including 17 varietals and special mixes. Red wine accounts for 75% of AVV's production. About half of the overall production is made up of Chardonnay, Merlot, and Cabernet Sauvignon. Pinot Noir, Zinfandel, Gewurztraminer, Syrah, Sangiovese, Viognier, and Cabernet Franc are among the other varietals.