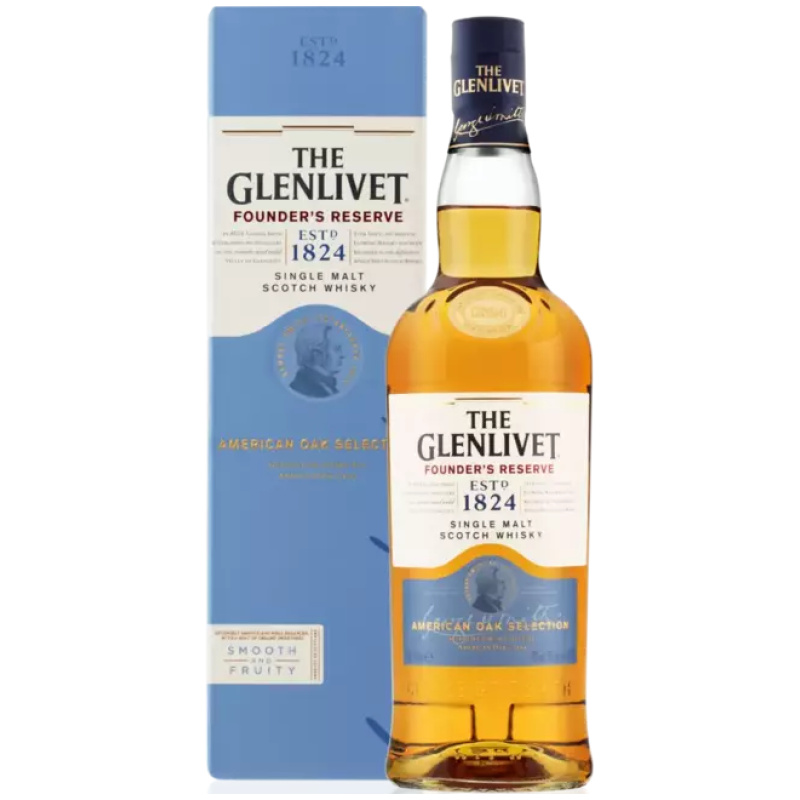 Discover this The Glenlivet Founders Reserve and get it delivered to your door. A Scotch whisky from the Speyside region of Scotland is called The Glenlivet Founder’s Reserve. The whisky is aged using a technique developed by the distillery’s founder, George Smith, in a variety of conventional and American first-fill oak casks. Then, first-fill American oak barrels that have never been used to age whisky are added. This single malt’s well-balanced sweet and smooth flavor is a result of the careful selection of these casks. Its flavor, which is laced with citrus and fruity notes, goes well with its light gold hue. Sweet apples, pears, and citrusy oranges

Be the first to review “The Glenlivet Founders Reserve 1L” Cancel reply
Get this product Pickup available at 5790 Broadway, Bronx, NY 10463
Get this item delivered via FedEx. Learn more.