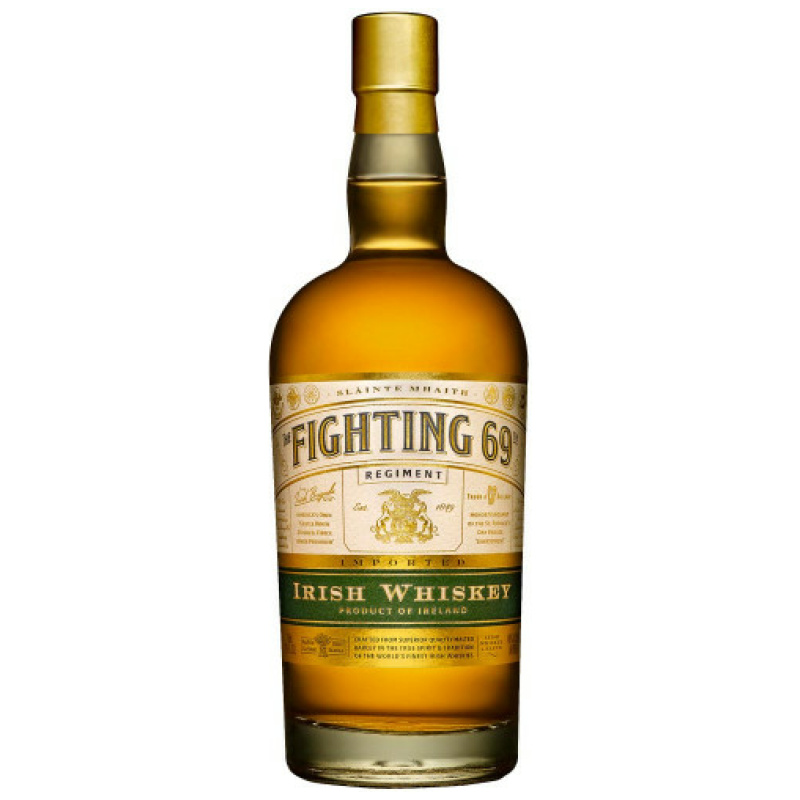 Looking for The Fighting 69th and want it delivered to your door? You’ve come to the right store. We offer fast delivery with FedEx on all our products. The Fighting 69th has long been proud of its Irish background, and in keeping with that history, we present you with their first Irish Whiskey. Irish whiskey was the most popular spirit in the world in the nineteenth century, and it is still the fastest-growing whiskey category today. This fine whiskey is a fitting tribute to America’s own Irish Brigade and the Irish-American spirit!

It’s distilled and imported from Ireland, and it has a one-of-a-kind mash bill that combines excellent quality barley and malted barley with pure Irish water to create an exceptional Irish Whiskey. Triple-distilled in hand-crafted copper pot stills for maximum vapor and copper interaction. The Fighting 69th Irish whiskey is a one-of-a-kind combination of three distinct distillates that are finished separately.

History of the Fighting 69th Regiment

The Fighting 69th regiment, which was founded with the motto “Gentle when Stroked, Fierce when Provoked,” has deep roots in American and Irish history. This military regiment was founded in 1849 in America and was made up of Irish Americans. Now, in honor of this regiment, the imported Irish whiskey I’m tasting pays tribute to the warriors who fought under its banner and donates a portion of every sale to its namesake.

The whiskey that bears the name is an Irish whiskey that follows the first part of the slogan by offering a gentle and pleasant initiation into the Irish whiskey heritage. It’s made with a keen eye for detail, allowing the consumer to relax and enjoy a buttery beverage with little pretension and a welcoming palate.

Nose: The first sniff reveals a trace of banana, followed by a more prominent citrus note. After that, a mellow caramel swoops in to round off a somewhat understated nose.

Palate: This whiskey is pleasant and simple to drink. It has a little warmth that grows into a nice buzz. Their citrus and caramel aromas are nicely balanced in its fruit forward front. The midsection has a soft leathery feel, while the back end has a little taste from a hint of white pepper.

About the Producer: Fighting 69th

Do you recall the year 1849? Unless you're a vampire or Keith Richards, of course you don't. It's the year the 69th Infantry Regiment was created, the one that leads the St. Patrick's Day Parade in New York City. The Irish Brigade has served in the Civil War, both World Wars, Iraq, and Afghanistan, and has earned a reputation as one of America's most decorated military organizations. So, where does Whiskey come into play? This one-of-a-kind Irish-American dram hails from Ireland and pays homage to The Fighting 69th's Irish roots.