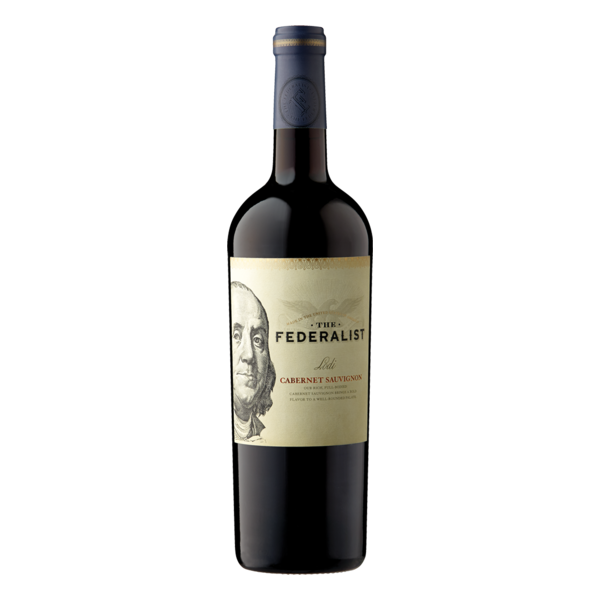 Looking for a The Federalist Cabernet Sauvignon Lodi and want it delivered to your door? You’ve come to the right store. We offer fast delivery with FedEx on all our products. The Federalist Lodi Cabernet Sauvignon is a revolutionary wine named for Benjamin Franklin, who is often regarded as the first American. During the American Revolution, Ben Franklin was a passionate individual who helped prepare the Declaration of Independence and pushed for colonial unity. Our enthusiasm for winemaking rivals Ben Franklin’s for the United States. The end product is a game-changing wine.

About the Producer: The Federalist

The Federalist is a California-based wine producer based in the Rutherford sub-region of Napa Valley. It produces a wide variety of wines from various wine regions across America, including Lodi, North Coast and Sonoma County. The flagship of the line is the Dry Creek Valley Visionary Zinfandel, which features Alexander Hamilton on the label. Other founders featured in the series are Benjamin Franklin and George Washington, while Abraham Lincoln graces Honest Red Blend. The Federalist portfolio also includes a couple of red blends that are barrel-aged that were previously used for aging Bourbon. Federalist Chardonnay is a varietal wine aged in oak barrels from Hungary, France and America. Federalist is now owned by the Terlato Wines conglomerate.