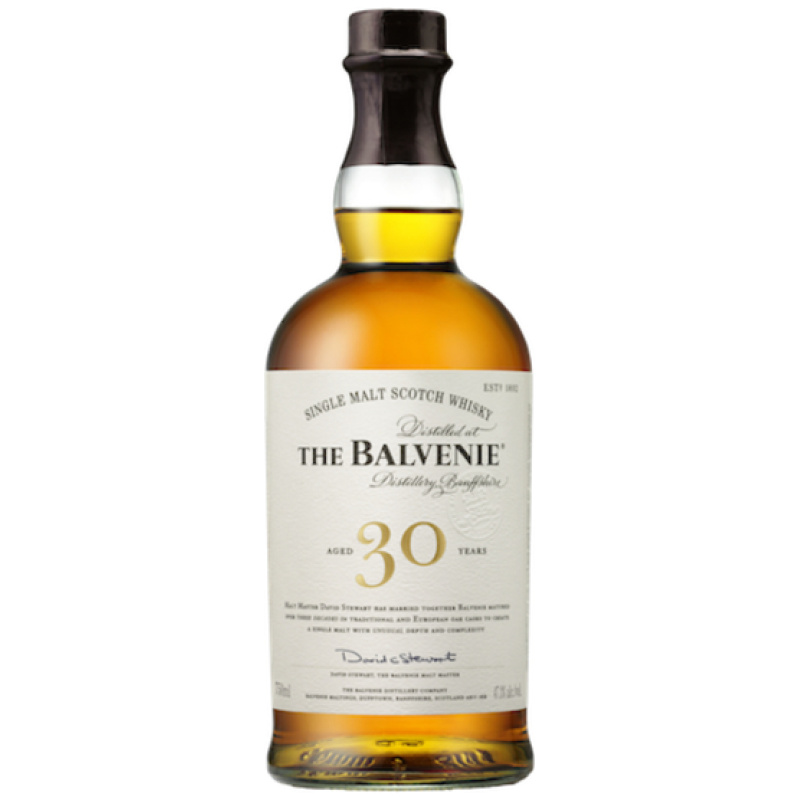 Winner of the 2004 International Wine and Spirits Competition gold medal, this 30-year-old spaceide single malt from Balvenie was aged in American oak and sherry barrels and then bottled.