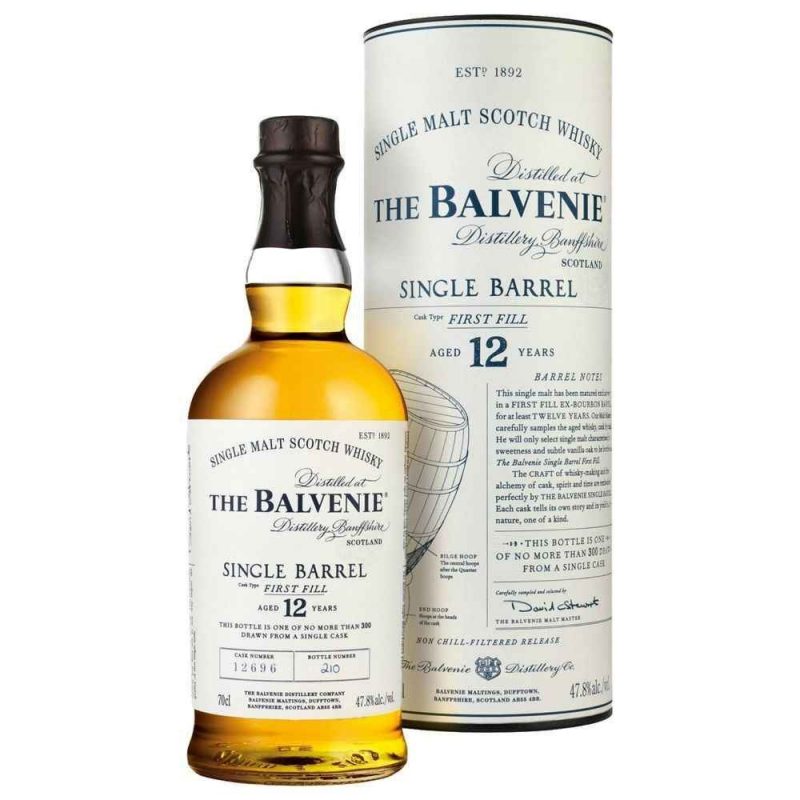 Discover this The Balvenie 12Yr Single Barrel and get it delivered to your door.

About the Producer: The Balvenie

Balvenie is a single malt Scotch whiskey distillery in the Speyside region of Scotland. It is one of three distilleries in William Grant's Dufftown area, along with Glenfiddich (first established) and Kininvie (newest). The distillery was founded in 1892 in the Glenfiddich neighborhood, in part to meet the needs of an inherited customer from Glenlivet. (which was damaged by the fire), as well as in part to prevent a rival distillery from building on the ground, which would then share its precious water reserves. For most of its history, it has served primarily as a source of Grant blended whiskey, but more recently, production has focused on meeting demand for single malt whiskey, with only a small fraction coming from the Monkey Shoulder blend. a wide range of finished expressions in a variety of woods, including Port wine, rum and Madeira oak. The Doublewood whiskey duo is made from Sherry oak, while new editions of Triple Cask include the traditional second-hand bourbon barrels, then the first-fill bourbon barrels, and finally the Oloroso sherry barrels. The main line covers about a dozen whiskeys, and there are many other editions that are dedicated to specific markets or limited editions. The three distilleries in the Dufftown area use the same water and malt and have very similar production methods, but produce three that are very recognizable. malt. Balvenie's thick, short-necked cubes produce a characteristic fresh spirit of nut and malt with fruity hues that develop over time and are not hidden behind the oak character. This character goes well with a wide range of oak finishes. Balvenie is one of six distilleries in Scotland that have their own malt house, although they only supply a fraction of the malt needed.