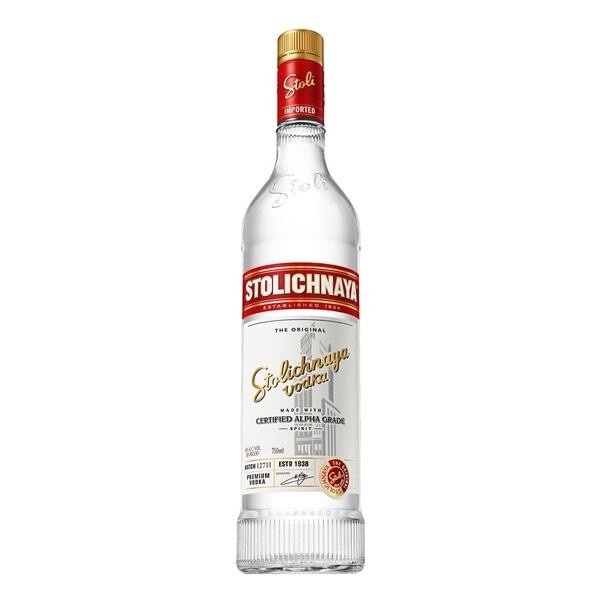 Discover the popular Stoli Vodka and have it delivered to your door today. Stoli Vodka is produced in Russia.

About the Producer: Stolichnaya - Stoli

Stolichnaya is the leading vodka produced in Russia and Latvia. Since 2003, ownership of the brand has been challenged by Russian state-owned FKP Soyuzplodoimport, on the one hand, and by the SPI Group, registered in Luxembourg and founded by Russian billionaire Yuri Shefler, on the other. The latter received the trademarks in 1999, but the Russian government argues that the privatization of Soyuzplodoimport - during the chaos that followed the collapse of the Soviet Union - was not completed and that the purchase was invalid. Stolichnaya's origin in various export markets depends on court decisions taken in those territories. These legal disputes led SPI to use the nickname "Stoli" more widely. As of this writing, FKP distributes on the Russian market and (since 2015) on Benelux markets, while SPI sells in other EU countries and the US. The labels of the two companies are very similar. However, the official Russian version contains the words "Russian vodka". FKP products are bottled at the ITAR distillery in Kaliningrad using artesian water from the cities of Samara and Kaliningrad. SPI owns farms in the Tambov region of Russia, where it grows its own wheat. At Tambov, alcohol is distilled three times and filtered four times, first with quartz sand and birch charcoal. It is brought to the Latvijas Balzams distillery in Riga, the capital of Latvia, mixed with pure natural water from the distillery's own artesian well and bottled. In addition to the standard filling at 40% ABV (80 proofs), SPI also produces the 100 Proof (blue label) version and the ultra-premium Elit. Flavored vodkas have been produced since the 1960s; flavors now include various fruits, vanilla, pepper and salted caramel. Stolichnaya's early history is also obscure. It was produced at State Wine Warehouse #1 in Moscow, which was built in 1901 - a date that sometimes figured in Stolichnaya's marketing. But the mark wasn't registered until 1938, and production is only documented from 1948 onwards, although it probably started a few years earlier. The #1 wine warehouse in 1987 was renamed "Kristall" and "Stolichny Kristall" was produced here. However, Cristall now produces vodka under its own brand. Pepsico is known for having been Stolichnaya's US distributor until 2009, following a 1972 agreement with the Soviet government that made Pepsi the first US consumer product to be marketed and marketed in the Soviet Union. ...