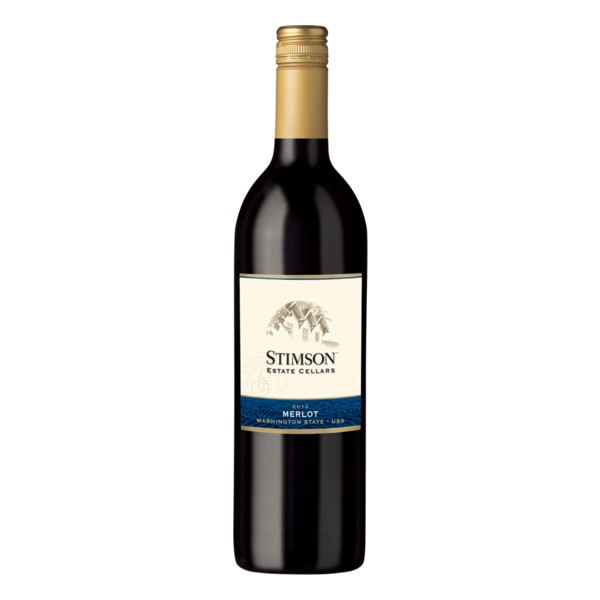 Washington State is known for its aromatic, award-winning Merlot. Stimon Estate Cellars Merlot features classic raspberry and cherry accents with hints of vanilla and toast for a smooth finish. This plump and fluffy Merlot goes perfectly with grilled salmon or aromatic pasta.

About the Producer: Chateau Ste. Michelle

Chateau Ste. Michelle is Washington's oldest and most prestigious winery. The company produces a wide range of wines from grape varieties such as Cabernet Sauvignon, Merlot and Chardonnay, but is best known for its high-quality Riesling wines. It was founded as American Wine Growers in 1954 through the merger of two companies formed after the repeal of Prohibition in the 1930s: the National Wine Company and the Pomerelle Wine Company. Prior to the merger, the National Wine Company planted the Vitis vinifera grape in the Columbia Valley. However, in 1967, the legendary winemaker Andre Chelistchev, as a consultant, presented superior quality wines. They were produced under Ste. Michelle Wintners and the first wines launched were Cabernet Sauvignon, Pinot Noir, Semillon and Grenache. In 1974, two years before the Paris Court, Ste. Michelle Wintners Riesling for wines from Germany and California. This drew the country's attention to the manufacturer and cemented Riesling's success in the region. In 1976, the name was changed to Chateau Ste. Michelle. Since then, the winery has gained international recognition. Michelle owns three vineyards in Columbia Valley AVA - Cold Creek, Horse Heaven and Canoe Ridge. Horse Heaven and Canoe Ridge Vineyards are in Horse Heaven Hills AVA, and Cold Creek is north of Yakima Valley. Cold Creek and Canoe Ridge Vineyards have been certified LIVE (low-resource viticulture and winemaking) and Salmon Safe (healthy practices for maintaining rivers in the Pacific Northwest) certified since 2009. The business has grown significantly since its inception with multiple partnerships and acquisitions. ... Columbia Crest Winery opened in 1983 as a second label in Washington, and Ste. Michelle purchased Erath in Oregon in 2006. In 1995, the company partnered with Antinori to produce the luxurious Cabernet Sauvignon under the Col label Solare. Then, in 1999 Ste. Michelle, together with Ernst Lusen, began making eroika, high quality Columbia Valley Riesling. It also hosts the biggest Riesling design event in the United States: Riesling Rendezvous. More recently, in 2016, the company acquired Pinot Noir de Sonoma and the house Chardonnay Patz & Hall.