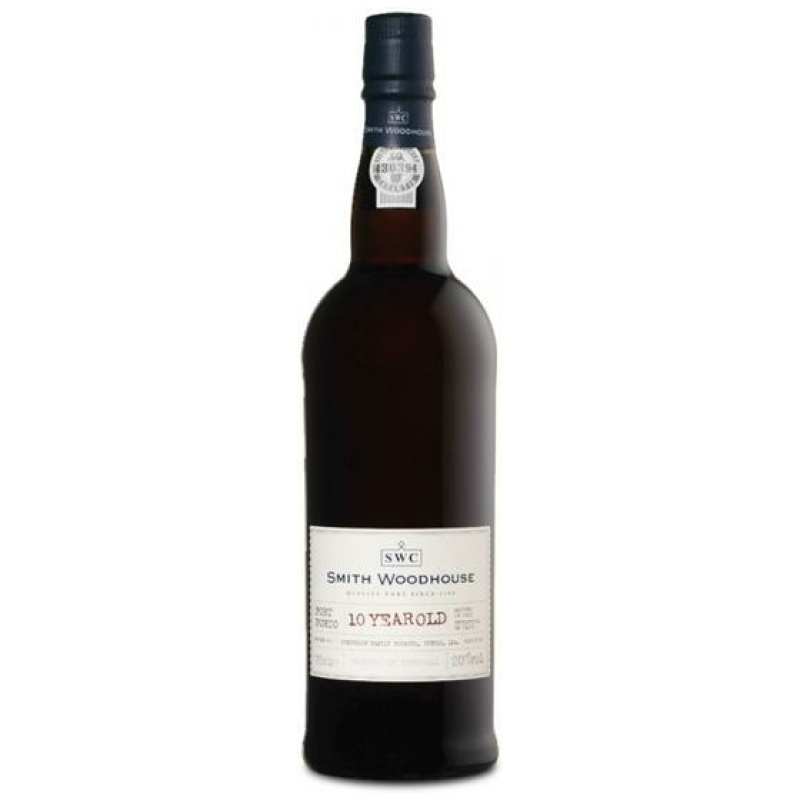 Discover the popular Smith Woodhouse 10Yr Tawny and have it delivered to your door today. Tawny Port that has been matured in casks for at least six years is known as aged Tawny Port. Though most instances will have an age label, no vintage year is provided. Aged Tawny is often constructed from the greatest wines of undisclosed vintages. The date of bottling is required for Aged Tawny because the fortified wine will deteriorate if left to bottle age for too long.

About the Producer: Symington Family Estates

Symington Family Estates is a large company based in the Douro region of Portugal. He owns several major port and wine brands, including Dow's, Warre's, Graham's and Altano. The Symington family has been in the Douro since 1882, when Andrew James Symington, aged 19, left Scotland for Porto to work for Graham. Five years later, he worked as a freelancer, and in 1891 he married Beatrice Leitão de Carvalos Atkinson. The current generation of Symingtons can trace their history through the van Zeller and Koepke families to the beginnings of port trade in the 17th century. Symington partnered with Warre & Co. in 1905 and became the sole owner in 1908. In 1912, it became a shareholder in Dow's, which was bought by the family 50 years later. Symington Family Estate acquired Graham's in 1970, Quinta do Vesuvio in 1989 and Cockburn's in 2010. The first Douro DOC, Altano and Chryseia wines (with the Prats family from Bordeaux) were launched in 2000. Symingtons is one of eleven Primum Familiae Vini, a business organization founded in 1991 that also includes manufacturers such as Vega Sicilia, Pol Roger, Torres and Baron Philippe de Rothschild.