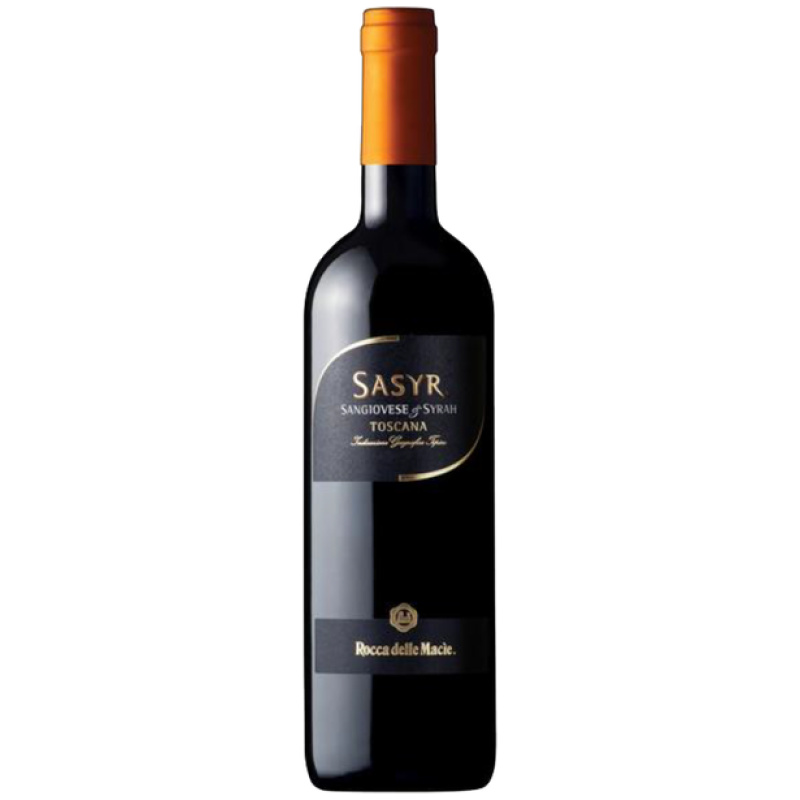 Get this Sasyr Rocca Delle Macie delivered to your door.

About the Producer: Rocca delle Macie

Rocca delle Macìe is a renowned Tuscan wine producer, producing a wide range of Sangiovese-based red wines in the Chianti Classico and Maremma area of ​​Tuscany. The company consists of several farms, four of which are located in the Chianti Classico area. The original Le Macìe estate, which housed the main cellars, was founded in 1973 and is the heart of the company. 42 hectares (104 acres) are planted with Sangiovese, Cabernet Sauvignon and Merlot and is home to the flagship. Cuvee Sergio Zingarelli Chianti Classico Gran Selezione. Riserva di Fizzano was added to the property in 1984 and includes 35 hectares (86 acres) of vineyards, as well as an olive oil factory and hospitality facilities. This vineyard also produces another flagship of the company - Riserva di Fizzano Chianti Classico Gran Selezione. Tenuta Sant'Alfonso is fully planted in Sangiovese and produces Chianti Classico wine, while 22 hectares of La Tavolelle have been added to Rocca delle Macìe. Portfolio in 1998. The latter only owns 5.5 hectares (13 acres) of Sangiovese, although there is a new winery here for the best red cuvées. Rocca delle Macìe owns two properties in Maremma: Campomaccione and Fazenda Casmamaria. They make Morellino di Scansano wine and Vermentino white wine, respectively. The portfolio also includes Santo and Grappa di Rubizzo wines, as well as olive oil and honey. Rocca delle Macìe was founded in 1973 by television and film producer Italo Zingarelli when he bought the Le Macìe property, which at the time was just two hectares. (five acres) under the vine.