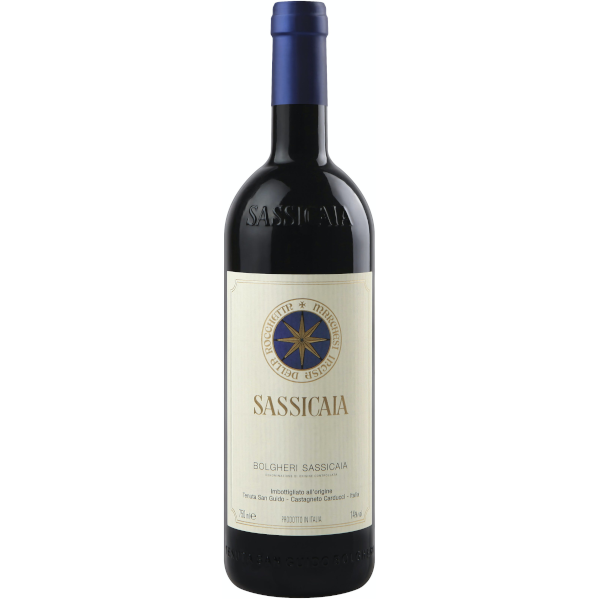 Tenuta San Guido is best known by the name of its most famous wine - Sassicaia. It is located in the Tuscan region of Maremma and has its own DOC name (Bolgheri Sassicaia) stamped on its main label. Sassicaia, one of the original Super Tuscan wines, is composed of Cabernet Sauvignon with a hint of Cabernet Franc. It is known for its soft texture, elegance and aroma. The grapes that go to Sassicaia are harvested shortly before reaching full maturation, which contributes to the sophistication and aroma, in addition to reducing the alcohol content. After two weeks of fermentation in stainless steel vats, the wine aged for about 24 months in French oak barrels (about 20 percent of which were new). Tenuta San Guido also manufactures Guidalberto and Le Difese with substandard fruits from Sassicaia and other vineyards on the property. ... These two wines are classified as IGT Toscana. Guidalberto is a blend of Cabernet Sauvignon - Merlot and Le Difese Cabernet Sauvignon - Sangiovese with a portion aged in American oak. In collaboration with Santadi Co-op, the property is also owned by Agricola Punica in Sardinia. This company produces three wines according to the IGT Isola Dei Nuraghi classification. Sassicaia ("stony field") was created as an experimental wine in the 1940s by Mario Incisa della Rocchetta (Antonori's cousin), who dreamed of making a wine that could rival the great Bordeaux. After settling on his wife's estate, he experimented with several French varieties before focusing on Cabernet Sauvignon, noting the similarities between the local gravel landscape and the tombs in Bordeaux. His first wines, which were heavier than other local wines, were not successful. a warm welcome and, although production continued on a small scale, the first commercial launch of Sassicaia did not take place until 1968. The wine became an instant success and the production was quickly modernized. In the 1980s, the Marquis' cousin, Ludovico Antinori, began planting his neighboring property Ornellaia. The wine was originally released as Vino da Tavola, in part due to the lack of history of the coastal region in which it was produced, which was considered marshy. many manufacturers. But the early recognition of Sassicaia led to the introduction of the Indicazione Geografica Tipica (IGT) classification across Italy, as authorities did not want Italy's most famous wine to be labeled Vino da Tavola. In 1994, a single DOC estate was created and the broader Bolgheri name was created as crops grew rapidly across Maremma.