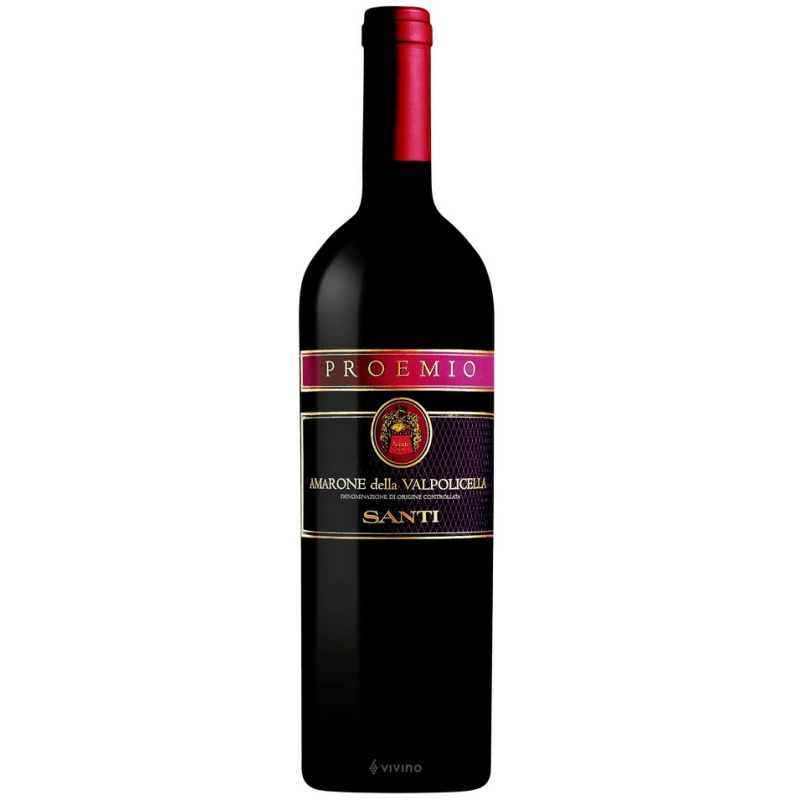 90
Robert Parker's Wine Advocate
The 2006 Amarone della Valpolicella offers up juicy red cherries, licorice, leather, smoke and scorched earth. Although this remains a fairly classic, mid-weight style of Amarone, the balance of fruit and structural components is commendable. The finish is long and beautifully articulated, even if slight elements of austerity remain. Still, there is a poise and sense of centeredness I find quite intriguing. Anticipated maturity: 2012-2022.

About the Producer: Santi

Santi is a wine producer based in northeast Italy, best known for producing classic Italian wines, including Soave Classico, Valpolicella, Amarone and Pinot Grigio delle Venezie. The property's history dates back to 1843, when Carlo Santi founded a winery in Illazi. village near Lake Garda in the province of Verona. Today, Santi produces many of its wines with fruit grown on the property and also acquires grapes from producers with which it has long-term relationships. Wines are still produced in the original cellar, which has been renovated to include a modern cellar and an aging cellar. Santi invests in international winemaking methods, such as aging in new French oak barrels, in order to satisfy modern tastes and improve the quality of the wine. The property's flagship, Sortesele, is made from Pinot Grigio grapes produced from fruits grown in the Adige Valley in limestone, sandy and clayey soils. Another white wine, Soave Classico, is 90 percent garganega and 10 percent Trebbiano and is aged in stainless steel tanks for seven months before being filtered and bottled. The best wine selected from Santi is Amarone della Valpolicella called Proemio. It is made from Corvina, Corvinone and Rondinella varieties from some of the best vines in Santi, whose vines are up to 40 years old. Harvested grapes are left to dry in wooden boxes for almost five months before vinification. The wine ages for three years in the Santi cellars before bottling.