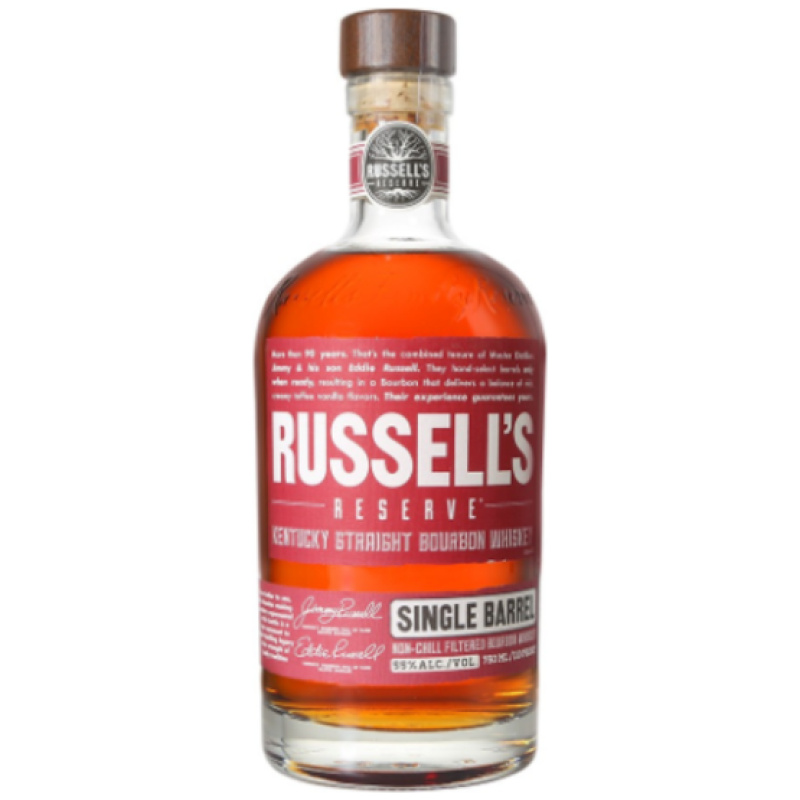 Get this Russells Reserve Bourbon 13Yr delivered to your door. Our Single Barrel Bourbon is handcrafted in the Birthplace of Bourbon using processes that date back to pre-Prohibition America. It is aged in only the deepest #4 “alligator” char, American White Oak barrels before being individually bottled at 110 proof and non-chill filtered. Each barrel is hand-selected by our Master Distillers and has its own distinct personality, bringing spicy, strong notes to our rich, characteristic toffee and vanilla overtones.