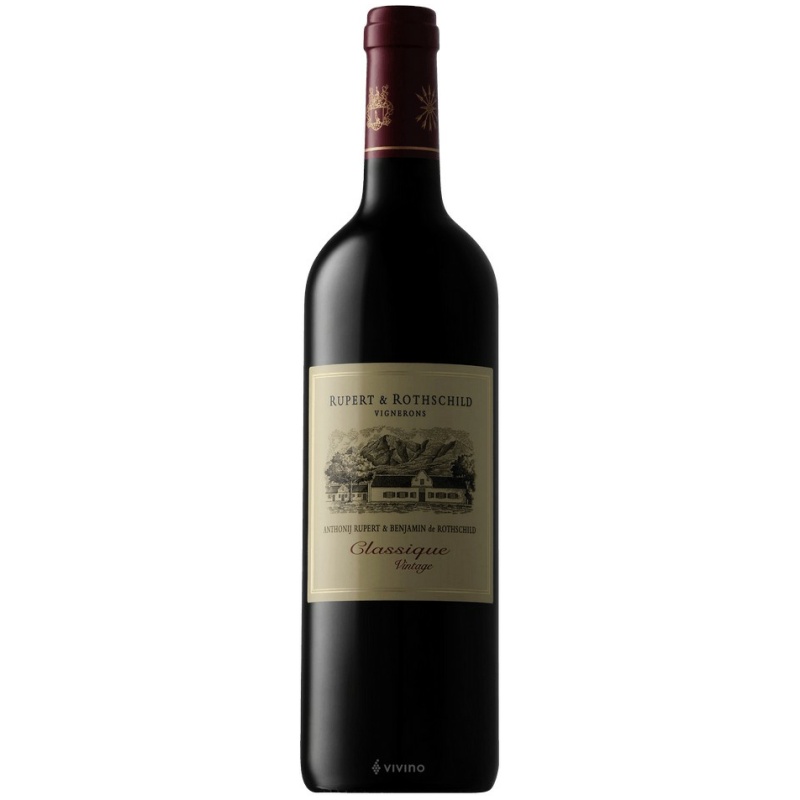 The aromas of blackcurrant and plum combined with tones of cedar wood and graphite. A large number of fresh berry flavors with fine tannins and a long finish.

At the foot of the picturesque Simonsberg mountain in the Franschhoek valley is the historic French farm Huguenot Frederiksburg, founded in 1690 and now home to Rupert and Rothschild Vigneron. It was in this valley more than 300 years ago that the first French Huguenot discovered for the first time a terroir similar to some wine regions in France. Hence their decision to settle and cultivate vineyards here.

Besides the Rupert and Rothschild families who want to produce world class wines, they are deeply committed to the conservation and protection of the environment. The winery is no exception when it comes to the philosophy of its owners: conservation and conservation measures are applied everywhere, thanks to traditional and modern winemaking methods.

To produce wines of the highest quality, special attention is given to vineyards and wineries. The conservation of the grapes in optimal conditions before the beginning of the winemaking process is in fact one of the greatest secrets of wine production. At Rupert & Rothschild, bunches are carefully harvested by hand and interference with the winemaking process is kept to a minimum.

92
James Suckling
Aromas of plums and cherries with hints of flan and custard. Medium to full body, very fine tannins and a long finish. Silky and pretty.
90
Wine Spectator
A menthol aroma is followed by sweet cherry, berry, licorice, tobacco and sanguine flavors in this iron-tinged, sinewy red. Rustic in style, yet with character and fine length. Best from 2021 through 2036.