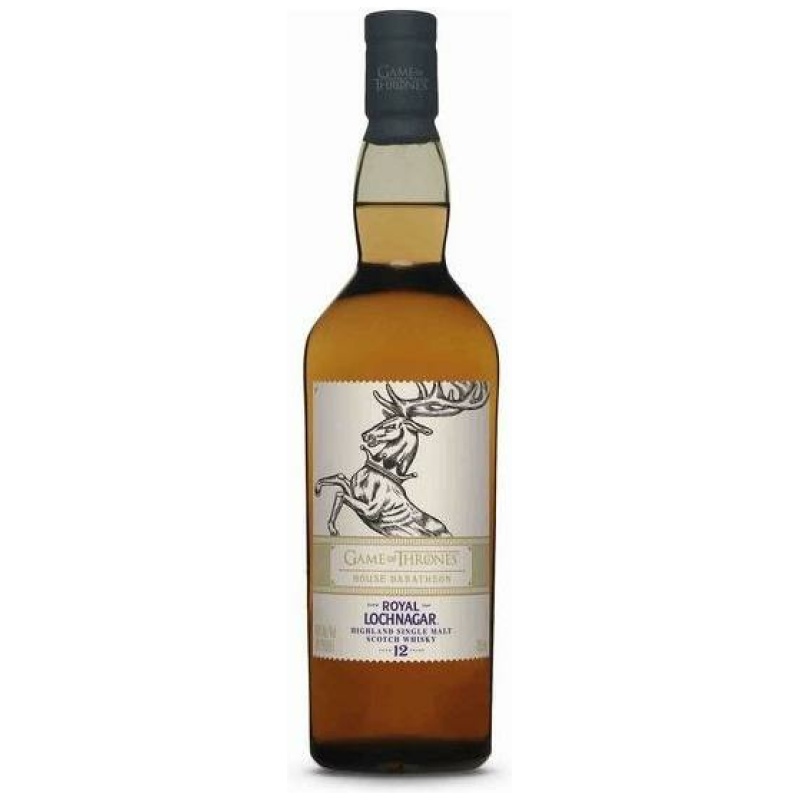 Discover the popular Royal Lochnagar Game Of Thrones and have it delivered to your door today.

About the Producer: Royal Lochnagar

Royal Lochnagar is a small single malt distillery in the Highlands, known for its Royal Mandate. It is located on the Abergeldy estate near Crati in Royal Diside, rented on the Diageo estate and is part of the Classic Malts Selection range. Volumes are low, most products are used in Johnnie Walker blends. There are currently two "regular" single malt whiskeys in production. 12 years old with subtle notes of dried herbs, nuts and spices. it is the most widely available main edition and is bottled at 40% ABV. The Selected Reserve is produced without any indication of age with a concentration of 43%. It comes from older perfumes and demands a much higher price. It's richer and rounder, with more cupcake characters and has less to do with rancid spirit. It's complemented by special editions, including the popular House of Baratheon bottling for Game of Thrones fans. Distillers Edition is aged in barrels that were previously used for Muscat sweet wine. The distillery has two small stills and worms that work only twice a week. The rest allows the copper to rejuvenate. For the same reason, worm baths are kept warm. This means that despite the small size of the equipment, contact with copper is maximized and the whiskey is not very sulfurous. These methods also help to obtain the dry grass note that characterizes the brand's new spirit and which translates into 12 years of aging. The clean water vital to the production process comes from springs near Skarnok. The distillery is located in the foothills of the Cairngorm Mountains in the Scottish Highlands, one mile from Balmoral Castle. This proximity explains his bond with Queen Victoria, who was believed to mix whiskey with claret. The distillery in its current form dates back to 1845. It received its royal warrant (and added a royal to its name) in 1848 after visiting Victoria, Albert and their children. Previously, distilleries at this location were burned in 1824 and again in 1841.