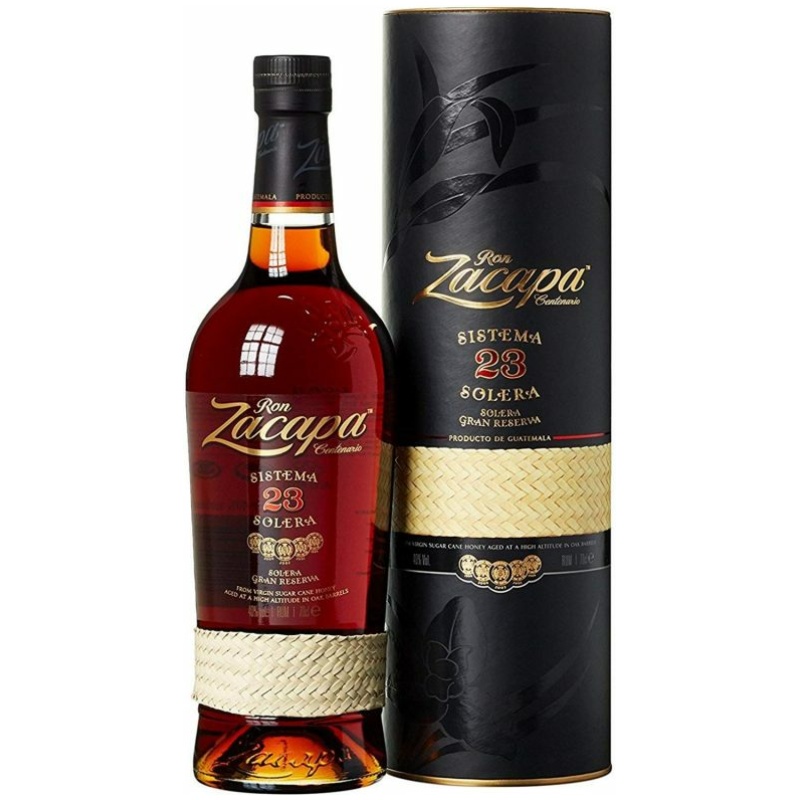 Looking for a Ron Zacapa Centenario 23 Yr and want it delivered to your door? You’ve come to the right store. We offer fast delivery with FedEx on all our products.

About the Producer: Ron Zacapa Centenario

Ron Zacapa Centenario is widely recognized as Guatemala's leading rum brand and has gained worldwide popularity with its award-winning portfolios, each with a long aging. It was created in 1976 by Industrias Licoreras de Guatemala to commemorate the centenary of the founding of the city of Zakapa, in the east of the country. Rum is made from the first concentrated pressing of sugarcane juice, aged and mixed with solera. the method traditionally used by Sherri. The blended rum passes through four different types of oak barrels that were used to make American whiskey and sherry. The last stage is in barrels, in which the sweet and viscous Pedro Jimenez Sherri matured. The barrels are stored at 2,300 meters (7,500 feet) above sea level, with an average temperature of 62°F (17°C). Color and sugar are added at the end of the process. Reserva Limitada is an annual edition that is prepared in various combinations of oak barrels in different conditions. For example, the 2014 edition was aged in herb garden barrels for another three years so that the aromas of coriander, fennel, tarragon and anise could affect the brandy.