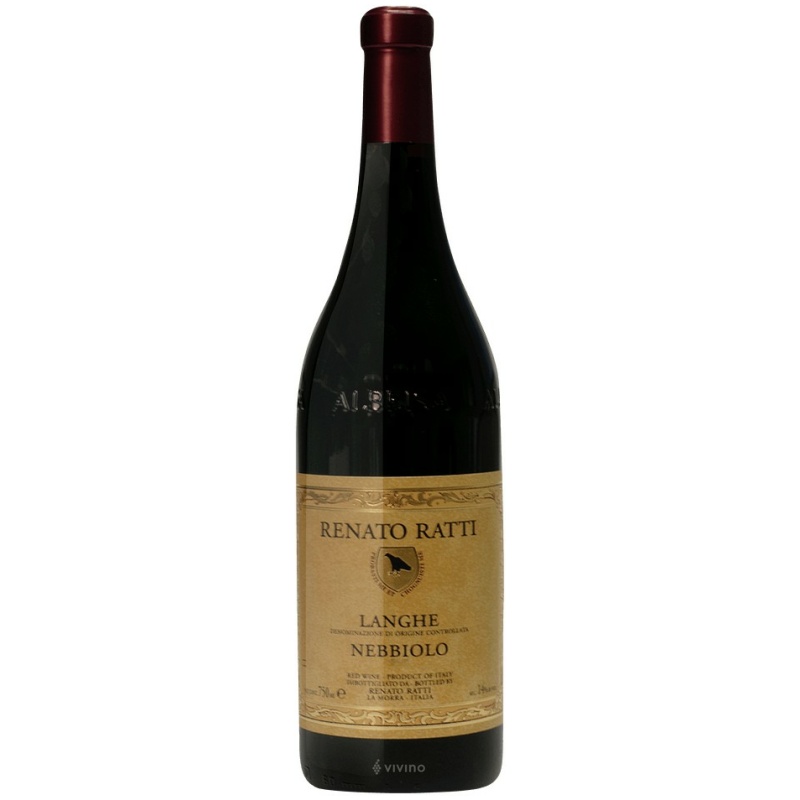 About the Producer: Renato Ratti Winery

Renato Ratti is a wine producer based in Barolo, in northwestern Italy. It produces a wide range of wines from various DOC and DOCG Piemonte wines, including Barolo, Dolcetto d'Alba, Barbera d'Alba, Barbera d'Asti and Monferrato. Renato Ratti spent a period in Brazil producing vermouth and sparkling wines for Cinzano. before returning to his home in Piedmont in 1965. He bought his first vineyard in the La Morra region and began producing wines under his own name. Today, the property has 35 hectares (86 acres) of vineyards, divided into six vineyards: Colombe, Battaglione, Ochetti, Marsenasco, Conca and Rocce del Annunziata. Along with standard Nebbiolo, Ratti also cultivates Barbera, Dolcetto, Cabernet Sauvignon, Merlot and Sauvignon Blanc. The property uses traditional winemaking methods for its Barolo wines, although some concessions have been made to modernity in the interest of quality. After cleaning and grinding the grapes, fermentation takes place in stainless steel vats at a controlled temperature. Milk-milk fermentation takes place in oak barrels, where the wines are aged in a combination of French oak and large traditional oak vats. Both the fermentation time and the aging time in oak have been shortened since the foundation of the property in 1960. Renato Ratti uses some biodynamic principles: Vine workers should wear cotton gloves, as local yeast on the surface of the grapes is essential in the Ratti wine production, and these wines are always bottled at full moon. Renato Ratti makes three Barolos in a vineyard, from the vineyards of Marsenasco, Conca and Rocce del Annusiata Cru. These are the best farm offerings that can be kept for up to 20 years. Along with a range of classic Piedmont wines from Alba and Asti, Ratti also produces a Sauvignon Blanc varietal called I Cedri and a blend of Barbera, Cabernet Sauvignon and Merlot called Villa Pattono, both labeled Monferrato DOC.