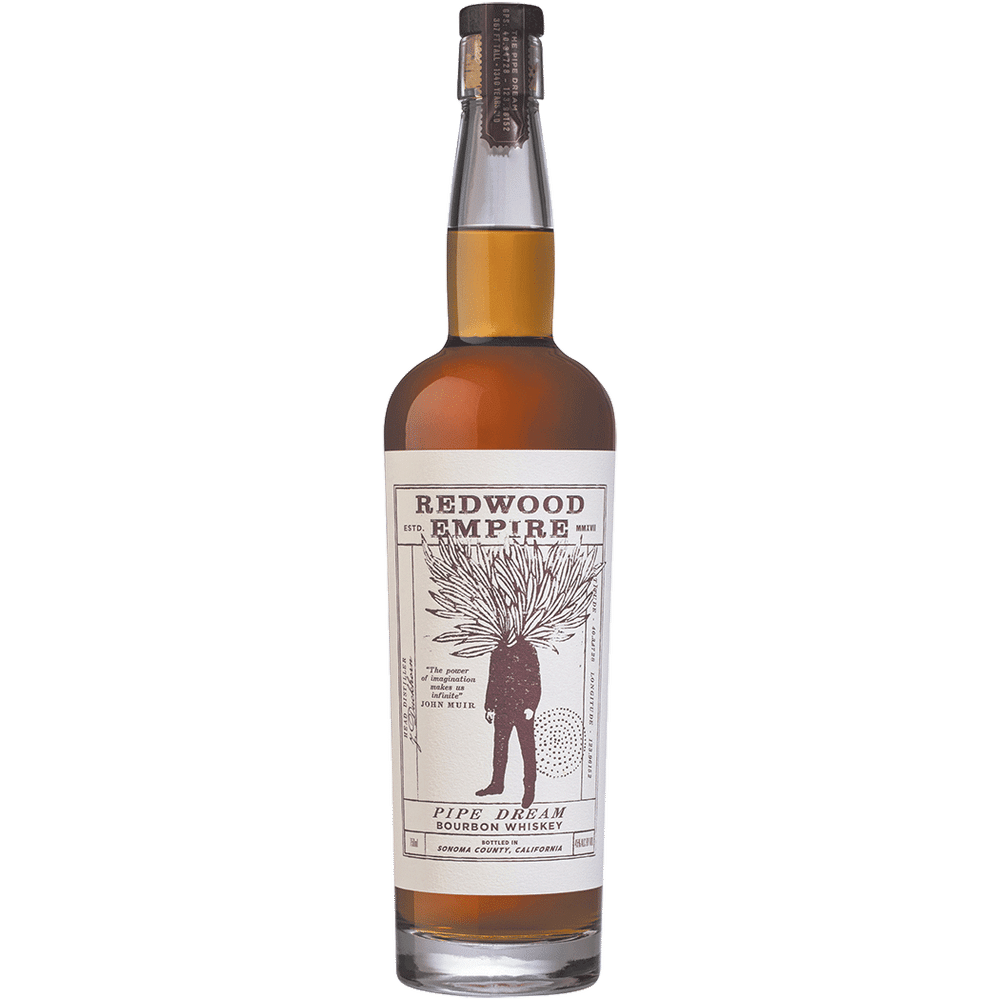 Redwood Empire Pipe Dream Whiskey is carefully crafted from hand-selected bourbon barrels four to twelve years old. Sweet maple and honey can be felt on the nose, while the palate features complex notes of pecans and roasted vanilla.