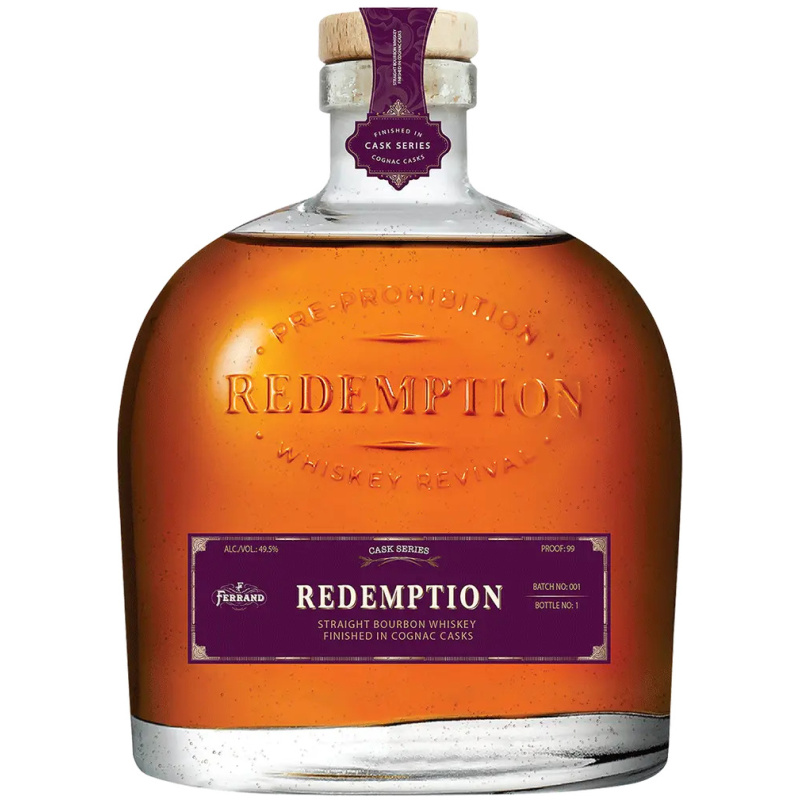 New American white oak was used to start the aging process. Redemption is aged for almost a year in French Oak Cognac casks, some of which date back to 1988. The casks give layers of nuanced cognac flavors with a rye finish, having previously aged Pierre Ferrand Cognac.