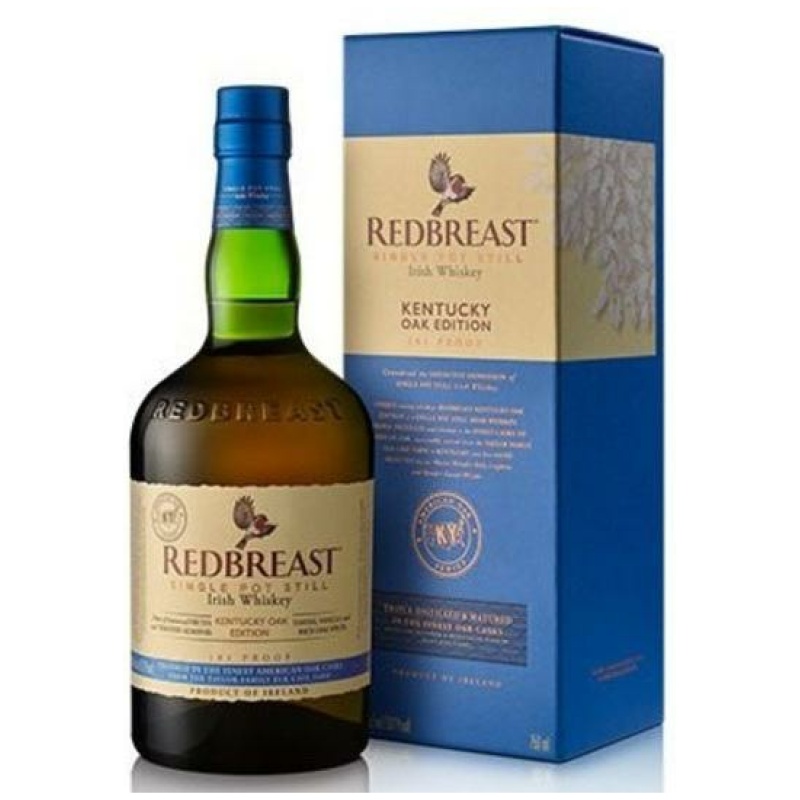 Get this Redbreast Whiskey Kentucky Oak Edition delivered to your door. Redbreast Kentucky Oak Edition is triple distilled in copper pot stills, aged in American Bourbon barrels, then finished in Spanish Oloroso Sherry barrels. Then it is finished in hand-selected, air-dried American Oak from the Taylor family farm in Kentucky for at least 4 months. The heightened wood spice and vanilla undertones give you a distinct flavor of Southern hospitality.

Be the first to review “Redbreast Whiskey Kentucky Oak Edition” Cancel reply
Get this product Pickup available at 5790 Broadway, Bronx, NY 10463
Get this item delivered via FedEx. Learn more.