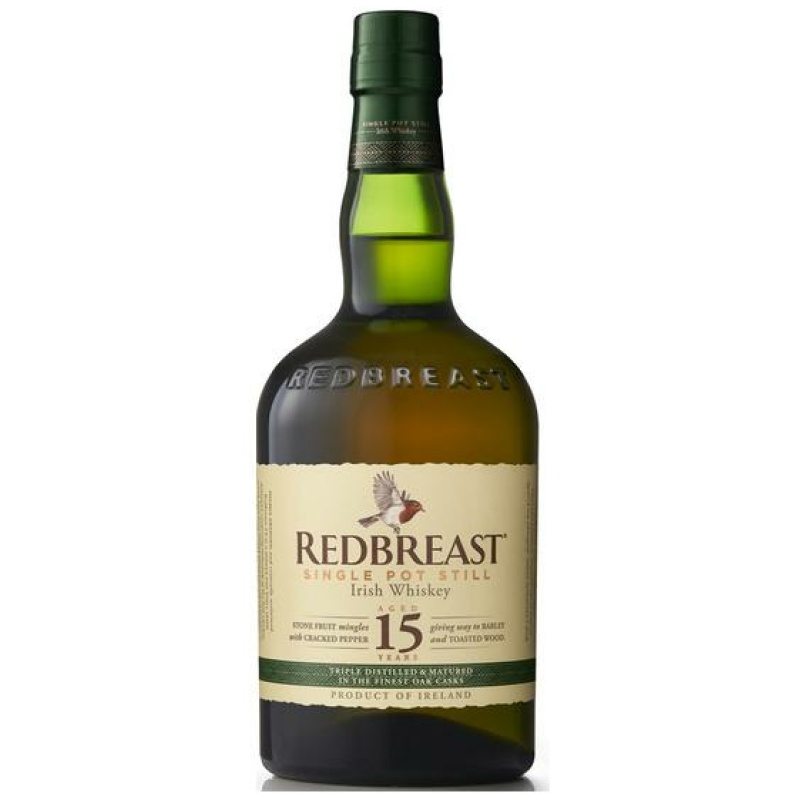 Looking for a Redbreast Irish Whiskey 15Yr and want it delivered to your door? You’ve come to the right store. We offer fast delivery with FedEx on all our products. Redbreast 15 year old is aged in a blend of Spanich Oloraso sherry casks and American Bourbon whisky barrels. It was first released as a limited edition and is now a permanent expression in the family. With whiskeys matured in casks sourced from the sun-drenched bodegas of Spain and Portugal, infused with the natural warmth and sweetness of the Iberian peninsula, the Series adds a new and fascinating chapter to the Redbreast Family saga.