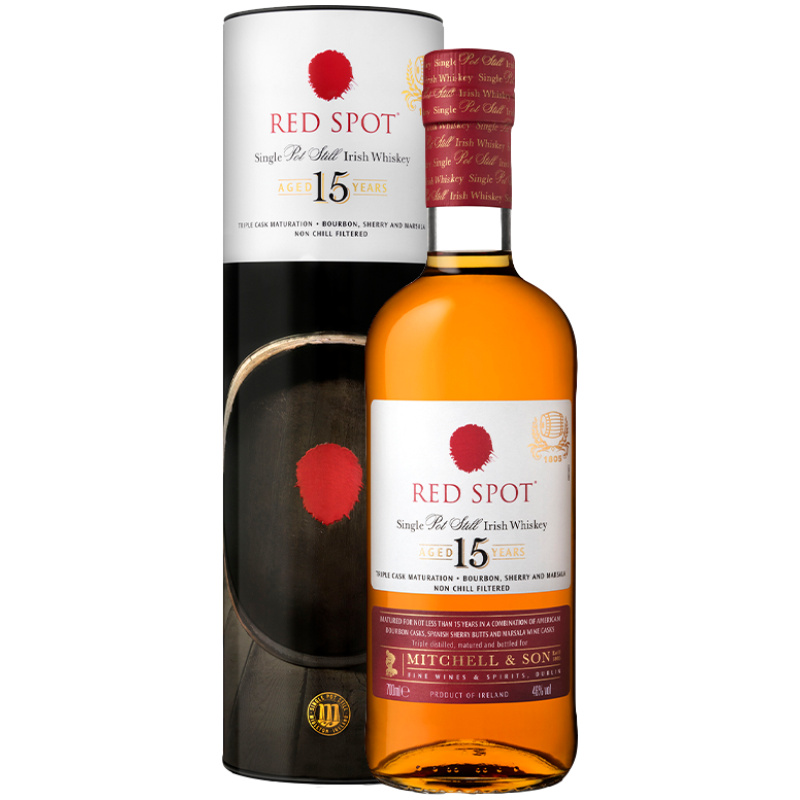 Looking for a Red Spot Irish Whiskey 15Yr and want it delivered to your door? You’ve come to the right store. We offer fast delivery with FedEx on all our products. On the nose, stewed apple, black cherry, and mango are followed by pot still spice and rich cooked fruit flavors. The palate is a blend of Marsala-sweet, ripe fruit aromas with hints of hazelnut and fresh leather combined with toasted American oak. The flavors of American oak and barley are complemented with red pepper and cracked black pepper. With a fruit infusion, the finish is exceptionally lengthy.

Be the first to review “Red Spot Irish Whiskey 15Yr” Cancel reply
Get this product Pickup available at 5790 Broadway, Bronx, NY 10463
Get this item delivered via FedEx. Learn more.