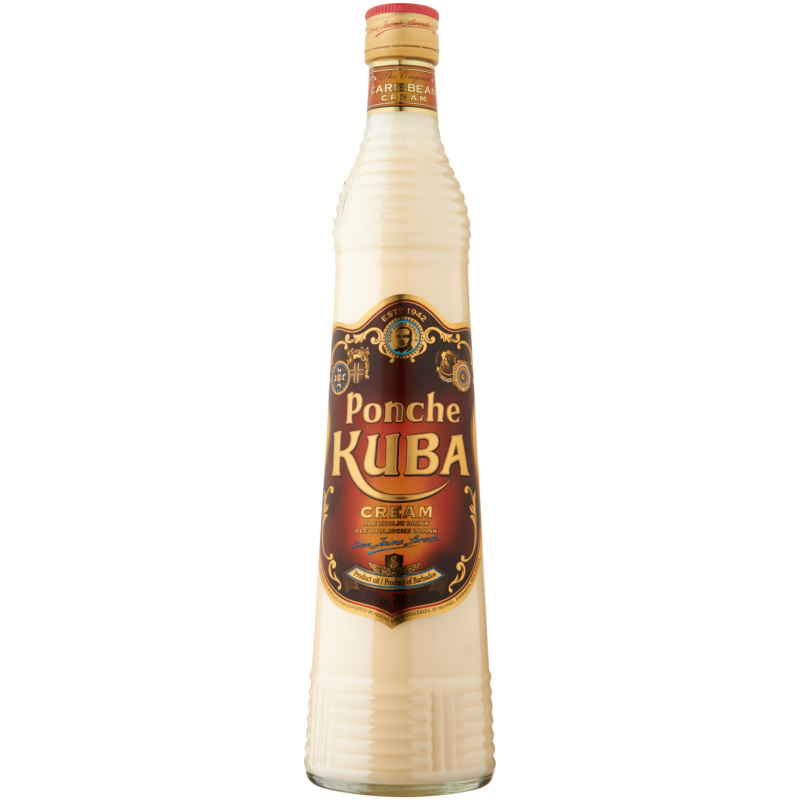 Ponche Kuba is a spicy, creamy rum-based liqueur made with Mount Gay Rum, created by Don Jaime Sprock in 1942 after tasting it around the islands.

Creamy liqueur is the name given to members of the milk-based creamy liqueur family. This name overlaps with many other categories of liqueurs, since very few liqueurs will have only cream as their main flavoring. Cream is usually more used for texture and body, while the other components define the flavors and aromas. Ponche Kuba is one of the most popular creamy liqueurs on the market.

Cream liqueurs are made using a different method than other liqueurs. Cream, alcohol and sugar are homogenized to ensure their adhesion and are not separated when bottled.

Barbados is an island in the Lesser Antilles, an archipelago that marks the eastern end of the Caribbean Sea. The vineyards don’t grow well in the warm and humid climate of Barbados, but the island produces rum – in decent quantities, given its small size. Three known international rum brands are produced here: Mount Gay, Cockspur and Doorly’s. The island also produces Malibu rum liqueur with coconut flavor.

Barbados extends only 21 miles (34 km) from north to south and slightly less from east to west. The easternmost of the Lesser Antilles, it is 160 km (100 miles) further east of the Atlantic Ocean than its neighbors Saint Lucia and Saint Vincent. The first Spanish and Portuguese navigators in the 15th and 16th centuries showed little interest in this small and remote island, so Barbados was not actively colonized until the early 17th century. The first English settlers arrived on the island in 1627, and the island remained under British rule until 1966.