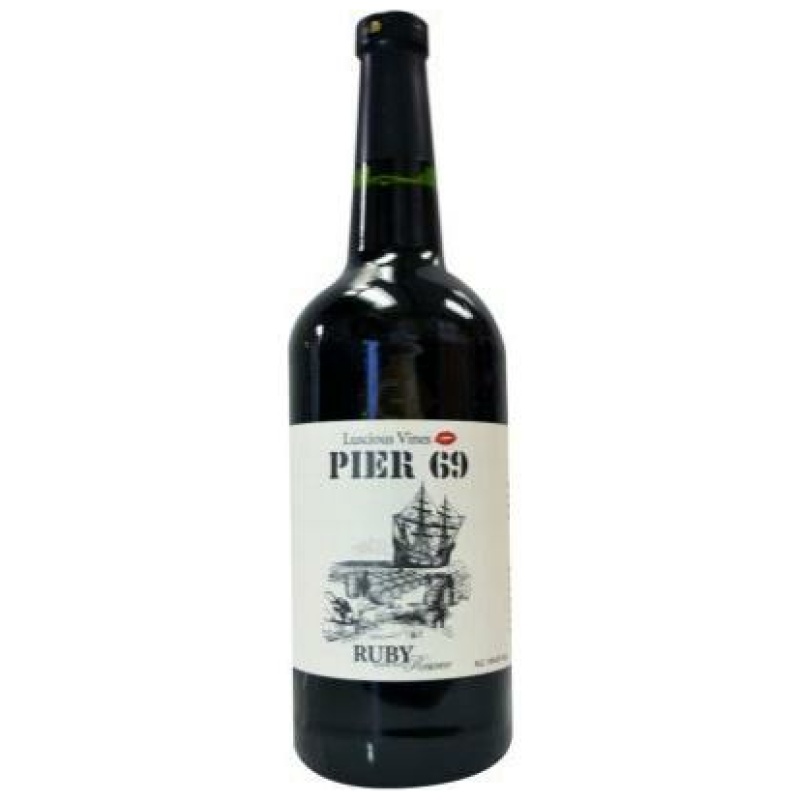 Pier 69 Ruby Reserve is an intense, deep ruby ​​red. His nose is full of ripe berries. The wine’s flavor is full-bodied, with a refined and balanced structure and full of sophistication.

Dessert wines, sometimes known as pudding wines in the UK, are sweet wines that are frequently eaten with dessert. A dessert wine does not have a clear definition. In the United States, a dessert wine is defined as any wine with an alcohol content of more than 14% by volume, which includes all fortified wines—and as a result, it is taxed more heavily. This is from a time when fortification was the only way to make dessert wines in the United States, however such a categorization is no longer valid since that contemporary yeast and viticulture can produce dry wines with alcohol levels of above 15% without fortification (and German dessert wines can contain half that amount of alcohol).

The Château Marquis de Terme is a property classified in the Grand Cru Classes of fourth height in the Margaux appellation of the Medoc wine region in Bordeaux, on the so-called left bank of the Gironde estuary, about 30 km (18 miles) north of the city of Bordeaux. The castle itself is located on the southern outskirts of the village of Margo (currently known administratively as Margot-Kantenac). Neighbors are Luscombe Castle to the northwest, Durfort Vivens to the northeast and Rauzan Segla and Rauzan Gassi to the south. ... However, unlike the town hall of its neighbors, the Marquis de Terme has remained in the possession of the same family since the mid-1930s. The property's history dates back to 1762, when François de Péguilland, Marquis de Terme, married with Mademoiselle Ledoul de Emple, whose dowry was the estate, who later assumed the title of marquis. Like many owners' properties, during the French Revolution, this property was seized, followed by a series of possessions. However, for most of the 19th century, the property was managed by the Feiler family, which provided some degree of continuity. The family eventually became the owner of the property, although the Wall Street crash of 1929 and its aftermath forced the Fellerates to sell it. In 1935, the castle was purchased by Pierre Seneclase, who passed it on to his three children, Pierre-Louis, Philippe and Jean. Since 2009, management of the property has passed to Managing Director Louis David, who works closely with the Seneclause family. The property's 40 hectares (99 acres) of vineyards are harvested by hand each year, producing around 13,000 cases of wine a year. The vines, some of which are around 40 years old, are planted in high gravel soil and are made up of 55 percent Cabernet Sauvignon, 35 percent Merlot, seven percent Petit Verdot and three percent Cabernet Franc. Vinification takes place in concrete vats and ages. in oak barrels (40% new) for an average of 18 months. In addition to the great wines, Château Marquis de Terme produces a second wine called La Couronne de Marquis de Terme. La Couronne de Marquis de Terme, launched in 2008, is a blend of around 60% Cabernet Sauvignon and 30% Merlot with the rest. , Petit Verdot. The property has been organically managed since 2017. The castle's location in the heart of the Margaux appellation means that the climate is heavily influenced by the Gironde estuary and the Bay of Biscay, as well as the protected properties of the coastal pine forests. that protect the vines from the west and northwest winds.