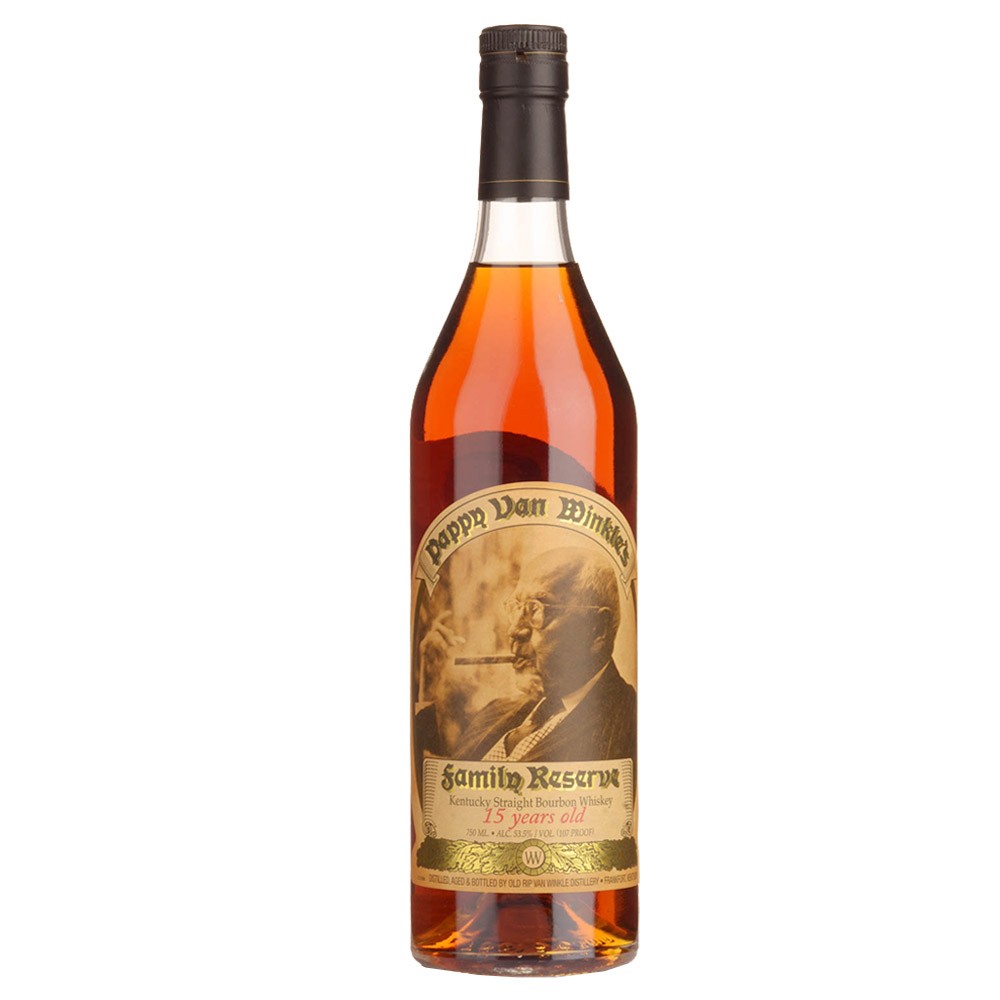 This bourbon was made according to our exclusive family recipe. The smooth taste of oak blends well with the barrel. Selected from barrels located in the heart of our Kentucky warehouse, this bourbon has been intact for 15 years and takes its time.

You can see the fog, copper color. Taste the rich, smooth flavor that leads to a decadent, huge sky saturated with caramel, toffee and pepper brown spices. Then enjoy the finish with an extreme, long, complex and evolving fade of spices and woody notes. Experts consider it seductive, exotic and almost impeccable bourbon.

Old Rip Wan Winkle only releases stock once a year because it is a small company. On October 1st they tell vendors like Broadway Wine N Liquor how many bottles they will receive. From there they determine which vendors will receive the stock and distribute it accordingly. So, you’ll find it in our store usually from mid-October until early December.

Old Rip Van Winkle Distillery is a Kentucky whiskey company owned by Julian Van Winkle III, grandson of Julian "Pappy" Van Winkle, who founded the Stitzel-Weller distillery in Louisville. Rip Van Winkle whiskeys are among the most sought after bourbons in the world. The Stitzel-Weller company had a number of whiskeys in its portfolio, but after selling them in 1972, the family gave up the rights to brands like WL Weller, Rebel. Scream and Old Fitzgerald. Van Winkle Jr revived the Old Rip Van Winkle brand that was not for sale and used existing Stitzel-Weller stock. In fact, the current business does not yet have its own distillery. The whiskeys are now produced from Pappy's original recipes at Buffalo Trace in Frankfurt, in a joint venture with Sazerac that began in 2002. The portfolio of five virgin bourbons and rye whiskeys is one of the most famous (and most expensive) from United States . States. The Family Reserve series from Pappy Van Winkle (15, 20 and 23 years old) is known for its dry leather and woody tobacco flavor as well as intense fruitiness resulting from its long aging. Unlike most modern bourbons, Van Winkle uses wheat. instead of rye as a secondary ingredient after corn, and barley malt is also included in whiskey.