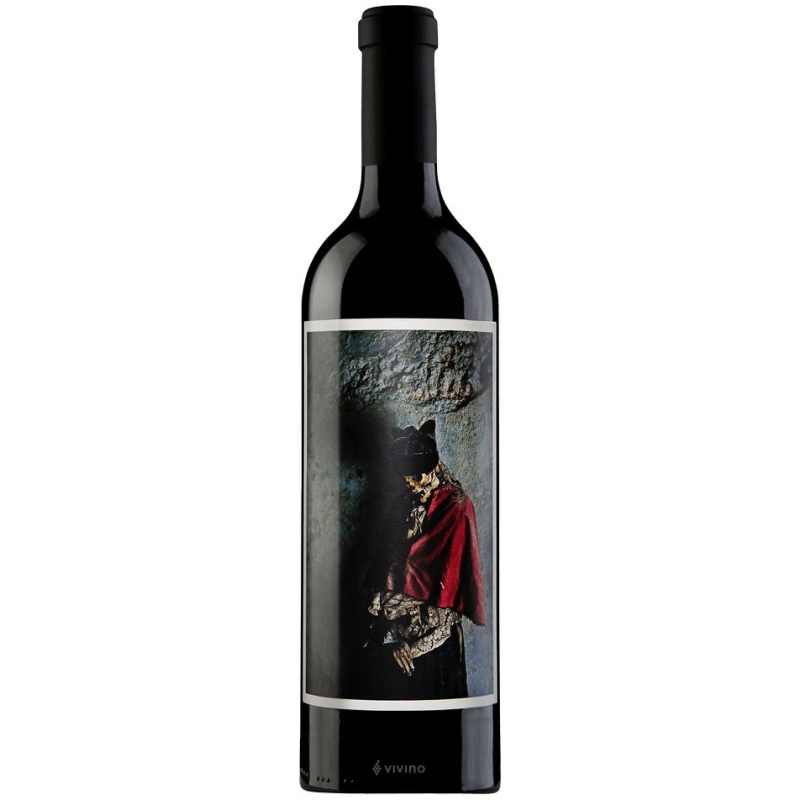 Dark crimson with a blue stripe, the nose of this Orin Swift Palermo Cabernet Sauvignon presents immediate aromas of boysenberry, gooseberry, graphite, cedar, fir and vanilla. Seamless at the entrance with invigorating energy, the medium palate presents exuberant blackberry and bingewood cherry, as well as a touch of sweet red licorice. The long and complex tannins complement the elegant and tapering note of black tea.

This label features a 16th century photograph of a mummified cardinal in Palermo, Italy. The sense of power, reverence and dignity in this photograph reflects the way his winemaker created Orin Swift Palermo Cabernet Sauvignon.

Orin Swift Palermo, led by winemaker Dave Phinney, is a brand known both for its creative and expressive art expression on the front of the bottle and for its bold yet sophisticated style inside the bottle. Located in St. Helena, Napa Valley, Orin Swift offers a range of wines that appeal to a variety of senses. It all starts with the vineyard. Or the search for wines from the Swift family takes Dave across the state of California, with a particular interest in the Napa Valley, Sonoma County and the Santa Barbara area. He places his sights on small parcels within the most desirable vineyards, while ensuring that only the highest quality fruit reaches the final blend. Each wine in the portfolio, from the fountain in the vineyards to the individual artwork that adorns the label, offers a unique point of view while creating an experience with soul.

The story of Orin Swift Cellars dates back to 1995, when Dave Finney accepted an offer from a friend and traveled to Florence, Italy, to spend a semester “studying”. During that time, he became familiar with wine as it was made, and became addicted.

A few more years of university led to his graduation and he ended up getting a job at the Robert Mondavi Winery as a temporary harvest worker in 1997. Deciding that if he was going to work that hard, it had to be for himself after all. In 1998, Dave founded Orin Swift Cellars: Orin is his father’s middle name and Swift is his mother’s maiden name.

Today, Orin Swift’s wallet covers the state of California and focuses on the Napa Valley Winery house. Each label tells a story created by Dave Finney, brought to life with distinct works of art and packaging. The wines within the label reflect Dave’s commitment to showcase geographical diversity and explore vineyards around the world, as well as his home in California.

90
Wilfred Wong
The 2017 Orin Swift Palermo shows an excellent synergy between Cabernet Sauvignon, Merlot, and Cabernet Franc. From a challenging growing season, the winery produced a first-rate effort while retaining its house style. TASTING NOTES: This wine is powerful, yet it is well balanced. Enjoy its aromas and flavors of black fruits, violets, and wood with grilled beef topped with minced shallots. (Tasted: November 8, 2019, San Francisco, CA)
90
Robert Parker's Wine Advocate
Composed of Cabernet Sauvignon blended with a little Syrah and Merlot, the 2017 Orin Swift Palermo Cabernet Sauvignon was aged for 12 months in oak (38% new). Deep garnet-purple colored, it gives up expressive notions of baked plums, unsmoked cigars, Black Forest cake and cr?me de cassis with hints of wild sage, menthol and vanilla pod. Full-bodied and decadently fruited in the mouth, the palate has a firm, chewy texture and lovely freshness, finishing earthy.