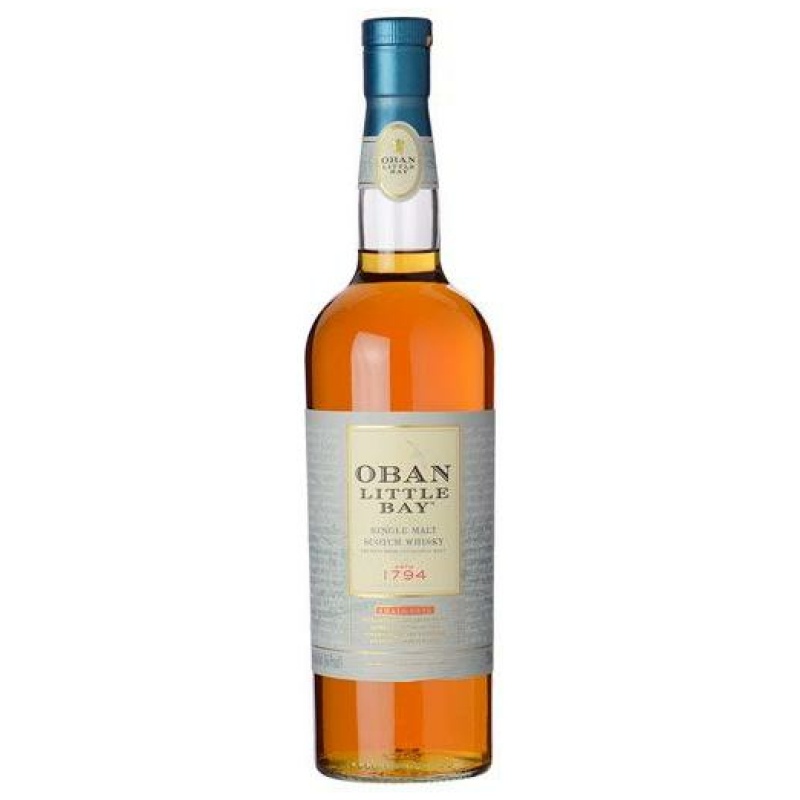 Looking for a Oban Little Bay Whisky and want it delivered to your door? You’ve come to the right store. We offer fast delivery with FedEx on all our products.

About the Producer: Oban

Oban Distillery is one of Scotland's oldest distilleries, located in the coastal town of the same name in the Western Highlands, at the mouth of Loch Linney, one of the city's last Scotch whiskey distilleries and also one of the smallest. with two onion-shaped stills with a capacity of 670,000 liters per year, each of which is used for the production of single malt whiskey. The shape of the cube suggests that Oban can produce freshly brewed heavy sulfur alcohol, but resting the cubes between distillations helps give a citrusy, spicy-salty flavor. Oban was founded in 1794, before the founding of the surrounding fishing village. In 1925, the factory was purchased by Dewars and, after the UDV merger in 1989, was acquired by Diageo. The distillery's location in the center of the modern city made expansion plans difficult and, after conservation in 1931-37 and 1969, the distillery remained only when a new distillery was built in 1972, which ensured the distillery's continued existence. The flagship expression is 14 years old, which is marketed as part of Diageo's Classic Malt Selection. Other regular bottlings include Distiller's Edition, which is made in Montilla barrels, and Little Bay, formerly a retail exclusive, aged in a blend of American oak and sherry barrels.