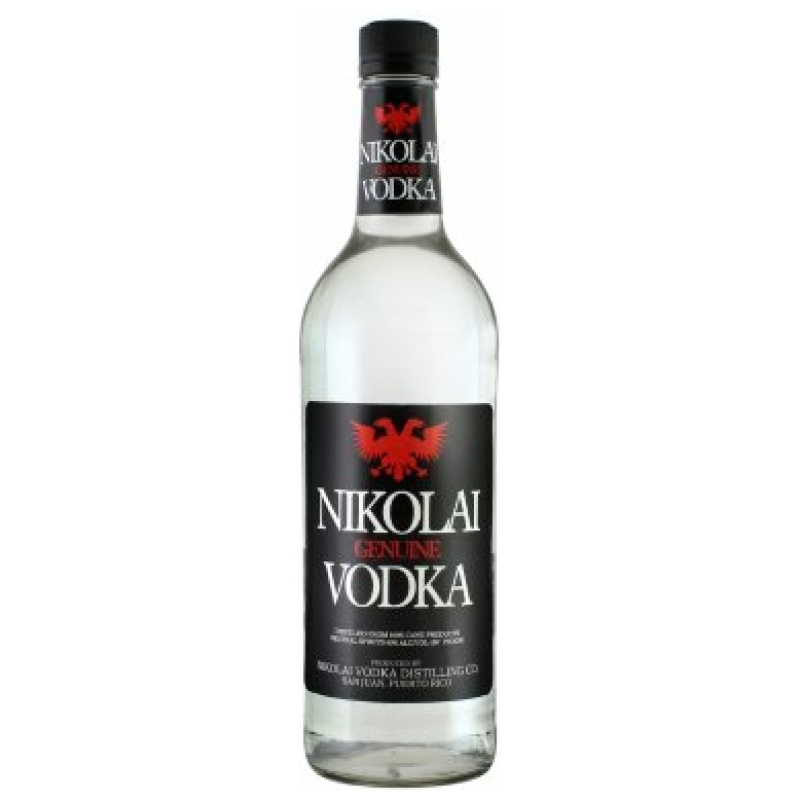 For all occasions, Nikolai vodka is a sensationally smooth, pure, and sophisticated vodka. Distilled four times. Ideal for martinis and other mixed beverages. 80 proof with a 40% abv. Low congener Nikolai vodka is produced utilizing a patented distillation technology and a particular recipe. The Seagram corporation was responsible for the launch and development of the brand. They bought it in 1987 and have been rigorously following the original and successful recipe ever since. Nikolai vodka 90 proof and 100 proof vodkas are among the most popular high-proof vodkas on the market.

About the Producer: Nikolai

Nikolai Vodka is a vodka brand available in the United States. Seagram created and introduced the brand, which has been around since at least 1963. The Sazerac Company, which bought the trademark rights from Seagram in 1989, now owns and produces the Nikolai brand (along with 16 other product lines). The transaction was preceded by Seagram's revelation that it had chosen to sell the brand in late 1988. The Nikolai brand comes in 80, 90, and 100 proof varieties. Frankfort, Kentucky, is where it's bottled. The Nikolai brand has been marketed primarily as a value brand, with the claim that it is inexpensive but tastes like more expensive vodka. According to the Sazerac Company's website, the brand is made using a patented distillation technique and a particular formulation to produce low congener vodka, and that the company has been rigorously following Seagram's original formula for its production process. The Sazerac Company divides its vodka brands into three categories: "super premium," "premium," and "standard," respectively. Nikolai is a brand that belongs to the "standard" category.