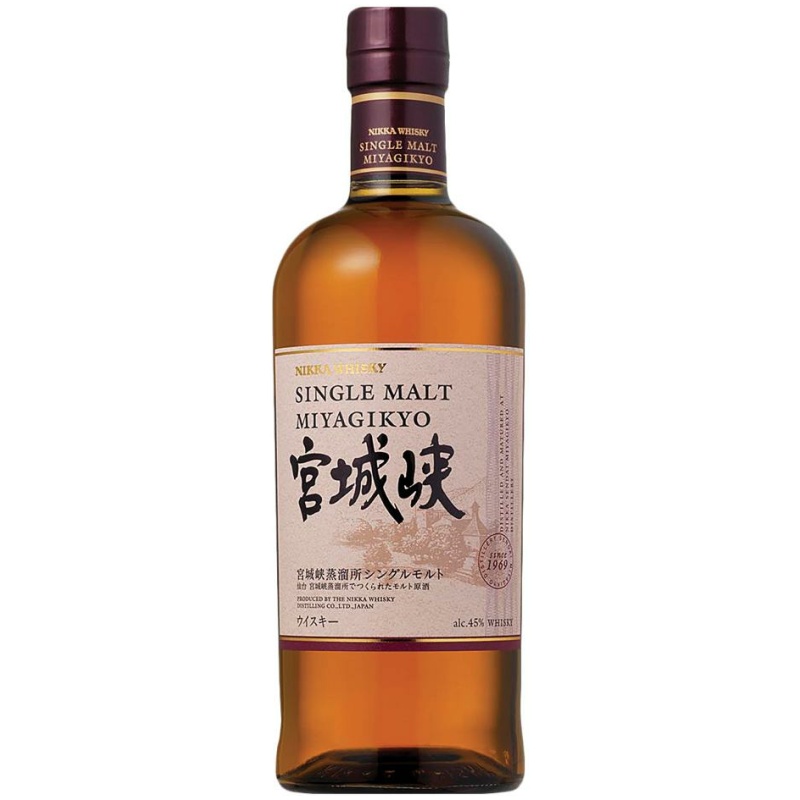 Get this Nikka Whiskey Single Malt Miyagikyo delivered to your door.

About the Producer: Nikka Miyagikyo Distillery

Miyagikyo is a malt and grain whiskey distillery located on the Japanese island of Honshu, west of the city of Sendai. The location at the confluence of the Nikkawa and Hirose rivers was chosen for water quality by Masataka Taketsuru, co-founder of Nikka. Production began in 1969 and has expanded significantly since then. Whiskey is made mainly from unrefined barley, although there are also more intense peat varieties. All malt stills have large capacity with thick bottom, bottle and thick neck. There are also two coffee cubes built in Glasgow to produce corn alcohol, a mixture of corn malt and barley and a malt distillate used for the well-known Nikka Single Cask coffee malt. , with which a smoky and heavy single malt padded jacket is made. Together, the two whiskeys make up the Nikka blended whiskey.